Nexus 4 to go on sale at Harvey Norman 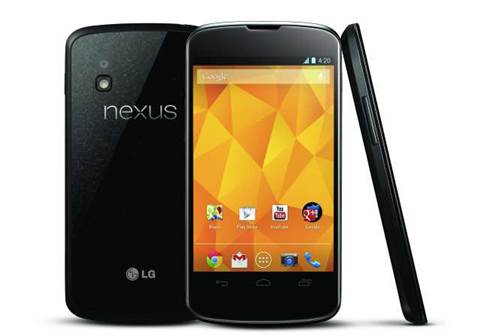 Harvey Norman customers will  have the choice of buying the Nexus 4 outright (which was one of the original attractions of the Nexus 4) at $496 (almost $100 more than it costs buying the phone from the Google Play site), or on Optus plans starting at $35 per month.

The unlocked phone will be available at all Harvey Norman stores (subject to stock levels), but only certain stores will be selling it on a plan - either way, best to check before travelling to a store.
One of the drawbacks of the Nexus 4 is that it is a 3G handset, not 4G. Telstra reckons typical 4G download speeds are up to twice that of its 3G service, with upload speeds up to three times faster.
Newsletter Signup

I have read and accept the privacy policy and terms and conditions and by submitting my email address I agree to receive the Business IT newsletter and receive special offers on behalf of Business IT, nextmedia and its valued partners. We will not share your details with third parties.
So if fast data transfers on your phone are absolutely critical to your daily work, you might notice the difference between a Nexus 4 and a 4G handset - assuming you're within your carrier's 4G coverage area.
That said, the Nexus 4 does use HSPA+ with a theoretical download speed of 42Mbps, so it might be faster than your old smartphone anyway.
If you are keen to get hold of a Nexus 4, note that Harvey Norman is accepting pre-orders.
Copyright © BIT (Business IT). All rights reserved.
Tags:
4 buy hardware harvey norman nexus where
By Daniel James
Jan 24 2013
4:23PM