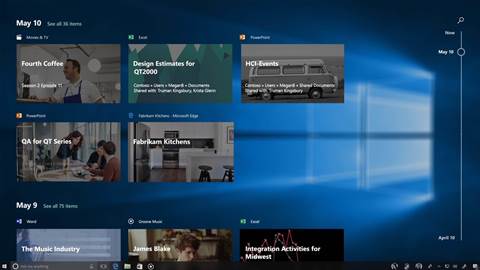 The OS will allow you easily work across different devices, turn your photos into stories using AI and more, according to Microsoft.

Microsoft has announced another major update is coming to Windows 10 later this year. It will offer a number of intriguing new features designed to provide a richer user experience and make it easier to work across devices.

The operating system update will allow you to immerse yourself in ‘mixed reality’ apps and turn your photos and videos into stories using artificial intelligence, according to Microsoft. You’ll also have to the ability to jump back in time on your system, seamlessly switch between your PC and iPad or Android tablet when working on a document, and copy and paste between different devices.

The Windows 10 Fall Creators Update (which, as you might suspect, is being rolled out in our spring) is the third major update to Windows 10, following the first Creators Update about a month ago and the Anniversary Update mid last year.

Terry Myerson, Microsoft's Executive Vice President, Windows and Devices Group, gave a rundown of some of the new features in a blog post.

Here are the highlights, including some videos from Microsoft.

“With Timeline in Windows 10, you can now jump back in time to find what you were working on,” Myerson wrote.

“With a visual timeline that displays what you were doing when, you can easily hop back into files, apps, and sites as if you never left.”

Pick Up Where You Left Off

“With Cortana, you can pick up where you left off across Windows, iOS and Android devices,” he said.

“Imagine logging off your PC and having the doc you were editing pop up on your phone. Cortana asks if you want to pick up where you left in your app, doc, or website. It’s like having your PC and your phone finish each other’s sentences.”

“Clipboard is a fast and easy way to copy and paste just about anything between connected devices, whether you’re on a Windows PC or your favorite mobile phone,” Myerson wrote.

“Just hit copy on what you want to grab – your photo, map link, paragraph, or even an animated gif- and it is ready to paste into whatever you want. It’s the Clipboard you know and love, now cloud-powered.”

“Access all your files in the cloud without having to download them and use storage space on your device,” he said. 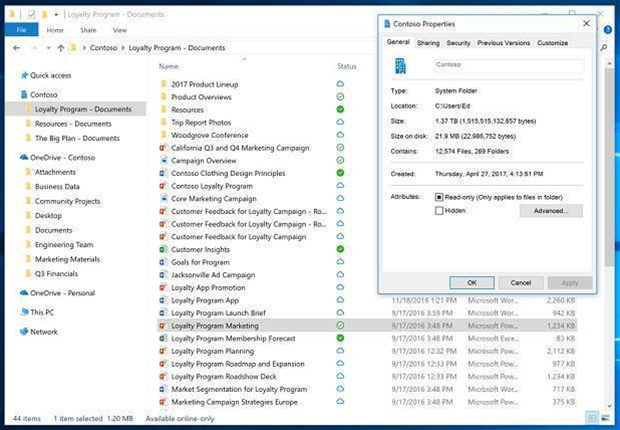 “You don’t have to change the way you work because all your files – even online files – can be seen in File Explorer and accessed on-demand whenever they are needed.”

The update is also likely include or support features and apps based on mixed reality – the relatively new technology that allows you to view the real world, like augment reality (AR), but with more realistic artificial components than AR. According to Microsoft’s website, partners Acer and HP will soon be offering the Windows Mixed Reality development kit with headsets and motion controllers.

“The Windows 10 Fall Creators Update will also see the magic of mixed reality brought to consumers around the world,” Myerson said.

This Universal Windows Application (UWA) will be available through the Windows Store. “Story Remix uses AI and deep learning to organize and transform your photos and videos into stories,” Myerson said.

Next: new apps and the tech beyind the update