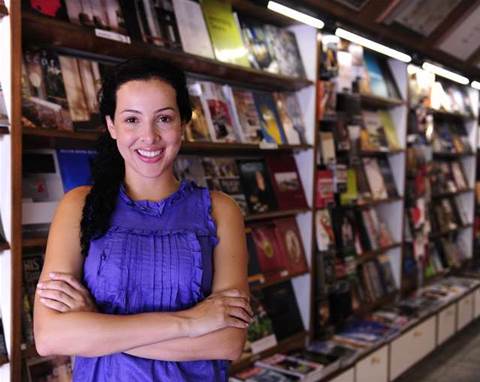 While conditions for booksellers are tough, new figures from the Australian Bureau of Statistics (ABS) indicate that sales increased in May 2012.

Retailer turnover for “newspaper and book retailing” grew 1.4% in May 2012, in seasonally adjusted terms, making the sector one of the stronger performers in the retail industry.

The sector was a standout in the Retail Trade figures released this week by the Australian Bureau of Statistics (ABS), which showed an overall 0.5% increase for May. The ABS describes it as the “strongest rise in dollar terms since June 2010”.

By contrast, retail trade for supermarkets and grocery stores fell by 0.3%.

The news follows proposed plans by the government to speed up the release of books by publishers in Australia so that books are on sale here closer to overseas publication dates. Dymocks managing director Steve Cox is quoted here calling for parallel import restrictions to be removed.

A government report released last month described the book industry as being “at a crucial tipping point”.

Yet despite the closure of the Borders chain, there are some reports of growth for bookshops.

Other categories with an increase in retail sales in May, according to the ABS, are department stores, cafes, restaurants, household goods like electrical goods, hardware and building and garden supply retailing.

UPDATE: We contacted the ABS for further clarification on this week's retail trade figures. Here is what they told us:

"Largely, this series is made up of newsagents and book sellers. However, as the turnover of these businesses would also be made up of things such as stationery products, commissions on lotteries and other merchandise, these would also be included in the figures.

The subject matter area also advises that these figures should be seen in the context of this series falling for most of 2011 and therefore, the recent growth is coming off a relatively low base."