New version of the "simple" mail for small business 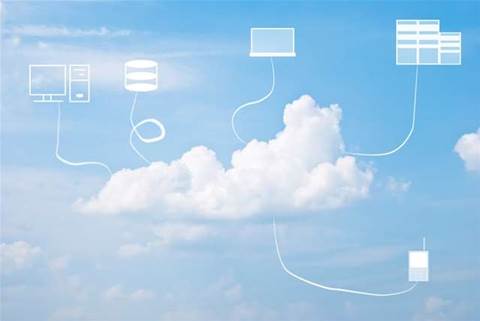 At some point many growing businesses will think about getting their own server for handling company email, calendar and address books. Kerio Connect 8 is one of these options.

For various reasons some small businesses aren't comfortable with the idea of their email being mixed up with that of other users, so they don't want to use their ISP's mail service or those from big-name providers such as Google or Microsoft.

And not all of them want to go to the trouble of running a physical mail server for themselves - so servers hosted online by other people for you are becoming more popular (like Google Apps and Microsoft Office 365).
The most well-known business email server software is Microsoft Exchange, but there are altenatives. One of these is Kerio Connect, which has just made available a new version: Kerio Connect 8.
Newsletter Signup

I have read and accept the privacy policy and terms and conditions and by submitting my email address I agree to receive the Business IT newsletter and receive special offers on behalf of Business IT, nextmedia and its valued partners. We will not share your details with third parties.
We thought we'd flag this as Kerio makes a big deal of being "simpler". The web site describes Microsoft Exchange as "the 1,000 lb Gorilla" and they argue Microsoft's small business version (Small Business Server) is "overkill".
Kerio Connect 8 delivered from Kerio Cloud has a recommended price of $11 per user per month for 25GB mailboxes, with a minimum of five users.
As a conventional licence, it costs $US465 for five users, or $US480 including Sophos AntiVirus.
In addition to the existing choices of buying a conventional software licence or paying a Kerio partner to host it for you, Kerio now offers a "private cloud" option called Kerio Cloud.
What does this mean? The email server is running in an individual machine on Kerio's infrastructure.
Unlike the major cloud services, Kerio Cloud users have full control of their virtual server, so they can decide to upgrade to a new version of the software when it suits them, not the provider.
They are also free to move data in and out of the server.
A new webmail interface supports drag and drop of multiple attachments, address auto-completion, and desktop notifications.
It also includes the increasingly familiar three-pane design, with columns for mailboxes, message lists and individual messages.
If you want to run actual email software, instead of accessing your email through a browser, Kerio Connect 8 works with the usual software plus Windows 8's Mail and Calendar apps, as well as Outlook 2013.
Kerio Connect 8 also features a new anti-spam mechanism called greylisting. Kerio maintains a global list of trusted senders, and when Kerio Connect 8 receives a message from a server on that list it is processed normally.
If the server is not recognised, a delay is enforced. Most spammers will give up at that point, but legitimate servers will retry and once the message has been delivered are added to the trusted list.
Withy Microsoft planning to discontinue Windows Small Business Server next year, software like this might prove useful.
Copyright © BIT (Business IT). All rights reserved.
Tags:
cloud email exchange kerio connect sbs server small business software
By Daniel James
Dec 5 2012
11:08AM