New Surface Pro gets boost to speed and battery life 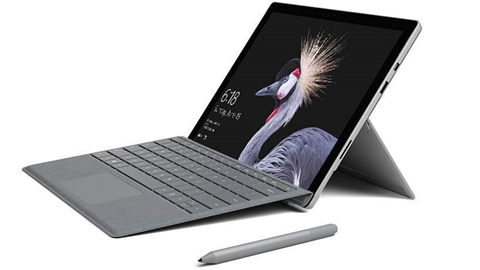 Microsoft’s new Surface Pro is available for pre-order now and will be shipped from 15 June 2017.

Somewhat confusingly, it will be simply called the ‘new Surface Pro’, not Surface Pro 5. So, with the Surface Pro 4 still available (at the time of writing), you’ll need to make sure you’re getting the right one when making a purchase.

Interestingly, Microsoft is no longer calling it a 2-in-1 device, but rather a “best-in-class laptop”, on the grounds that it provides everything you'd need on a laptop. In reality, the new 2017 Surface Pro remains largely unchanged from the Pro 4, but has several fundamental differences.

The biggest news is the inclusion of Intel’s latest seventh-generation (Kaby Lake) processors. Again, the entry-level model will have an Intel Core m3, with options for Core i5 and Core i7 processors. This also means that its internal graphics have received a cyclical update, with the Intel HD 615 and 620 in the Core m3 and Core i5 models respectively. The Core i7 model comes with the more powerful Iris Plus 640 iGPU.

Memory configurations haven’t changed, ranging from 4GB to 16GB. The internal storage has received a healthy performance boost with PCIe NVMe technology now used throughout its solid-state drives (SSDs), with choices ranging from 128GB to 1TB.

Another notable change is its quoted battery life. It’s now 13.5 hours, up from 9 hours on the Pro 4. This sizable increase in battery life will be good news for those looking to use the laptop without the sight of a power plug.

If you like listening to music directly from your Surface Pro, you’ll be pleased to know that the 2017 version focuses on delivering better sound. A front-facing 5-megapixel camera and microphone are also used to access Skype and Windows Hello features, which are both fundamental parts Windows 10. There's also an 8-megapixel rear-facing camera for taking pictures of scenery. 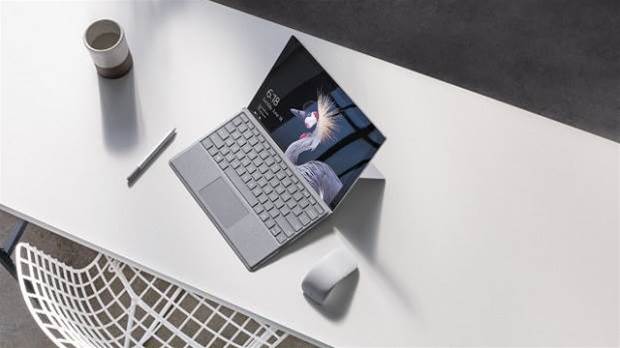 USB Type-C is still missing from the new Surface Pro, with Microsoft opting to maintain its proprietary connector for charging. On the plus side, there's still an SD card slot, mini-DisplayPort, a standard USB Type-A 3.0 port and a 3.5mm headphone jack. Wireless connectivity options include Wi-Fi 802.11ac and Bluetooth v4.1.

The rumours of a 4K display weren’t true, though that’s not a bad thing for battery life. The same 2,736 x 1,824-pixel (267ppi) resolution is utilised with a PixelSense, multi-touch display.

The Surface Pro's accessories have also received an update, with both the keyboard and pen receiving healthy updates. The Type Cover keyboard now has slightly more travel distance, allowing you to type more naturally. The pen has double a number of supported pressure levels, allowing you to more accurately draw or write on your new Surface Pro.

The 2017 Surface Pro is available for pre-order now from Microsoft’s online store, and soon from JB Hi-Fi, Harvey Norman and the Microsoft Store in Sydney. Six models are available:

One nice touch is that you can use the $149.95 Surface Dial with the new Surface Pro. This input device gives designers and the like greater freedom and allows them to replicate the experience of a Microsoft Surface Studio.

Finally, you can look forward to LTE variants of the new Surface Pro, with Microsoft announcing that later this year there will be devices that can independently from an access point.

This news story is based on an article that first appeared at alphr.com.