New site for tradespeople looking for leads in Sydney 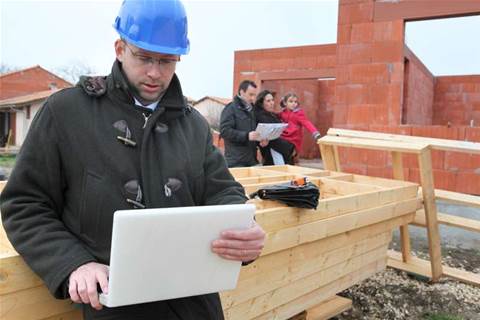 It's hard to imagine that a one-person lawn mowing contractor could justify the expense, but for others this might be of interest.

We've been hearing from a few new job sites lately, including this one called TradieClassifieds that might be of interest if you're a tradesperson in the Sydney area.
As usual, there's no charge for customers, but rather than paying by the lead, tradespeople are charged $895 for six months or $1,195 per year. This could be seen as a return to the traditional advertising and directories model rather than the 'payment for results' approach that we have come to associate with the Internet.
Newsletter Signup

I have read and accept the privacy policy and terms and conditions and by submitting my email address I agree to receive the Business IT newsletter and receive special offers on behalf of Business IT, nextmedia and its valued partners. We will not share your details with third parties.
If TradieClassifieds generates dozens of good-quality leads for your business each month, then it could be good value. But if you only get one or two invitations to quote each week, then they would need to be high-value jobs to cover the subscription.
It seems to us that the subscription model makes more sense for companies and franchises that offer multiple services across large parts of the metropolitan region, as the aggregated leads should provide value for that fixed subscription. But it's hard to imagine that a one-person lawn mowing contractor could justify the expense.
What would be great, we think, is if TradieClassifieds offered a one-month trial subscription for no more than $100, even if it was limited to a single classification such as 'carpenters & joiners' and to a limited geographical area such as the Northern Beaches. That would encourage independent tradies to dip a toe in the water and find out if the service is right for them without having to commit upfront to spending hundreds of dollars.
Copyright © BIT (Business IT). All rights reserved.
Tags:
hiring jobs recruitment services sydney tradie tradieclassifieds
By Daniel James
Oct 17 2013
1:34PM