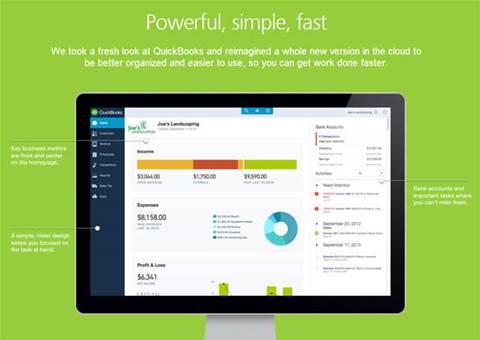 You will be able to access the new, "reimagined" QuickBooks Online in late October, but if you're already a user you can expect to start using it in January 2014.

The new version of QuickBooks Online (this is a link to the US trial version) will be available to new users later this month, but existing customers will have to wait until next year.
According to a statement to the media that we received: "This is a phased launch, and the new QuickBooks Online experience is scheduled to be available starting in late October for new users, and rollout to existing users is scheduled to begin in January 2014."
Newsletter Signup

I have read and accept the privacy policy and terms and conditions and by submitting my email address I agree to receive the Business IT newsletter and receive special offers on behalf of Business IT, nextmedia and its valued partners. We will not share your details with third parties.
This "from the ground up" redevelopment includes two key changes. In common with a growing number of cloud providers, Intuit has adopted a mobile-first strategy, ensuring that the accounting software can be used from iPhones, iPads and Android phones and tablets as well as Windows and OS X PCs. 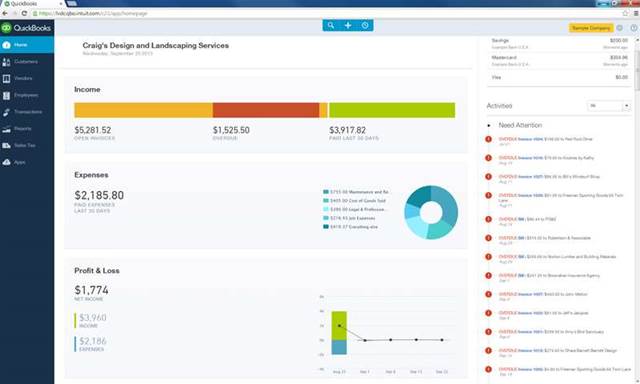 Screenshot of the new QuickBooks Online
Secondly, the new version has been designed to allow developers to produce applications that integrate with QuickBooks Online, and then sell them through the company's new app store, Intuit.Apps.com.
Examples include SmartVault (which allows digital or digitised documents such as scanned receipts to be stored online and linked to the relevant QuickBooks entries) and integrations with Salesforce.com, SugarCRM and Microsoft CRM Online).
Intuit officials also highlight QuickBooks Online improvements in terms of performance and usability.
The price of the new version still starts at $15 per month, including the use of the mobile apps.
Copyright © BIT (Business IT). All rights reserved.
Tags:
accounting cloud quickbooks quickbooks online software
By Daniel James
Sep 30 2013
11:08AM