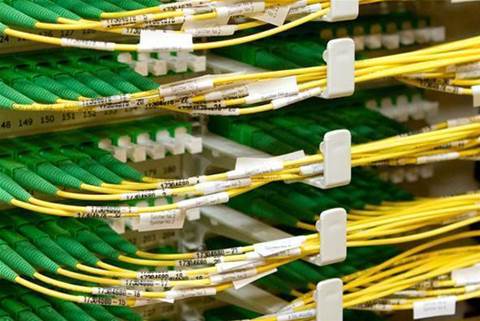 NBN RSP Aussie Broadband has introduced a new speed tier for fibre-to-the-premises (FTTP) customers in certain areas. The company has also cut the cost of its 50/20Mbps plans, and introduced new plans allowing small business and residential customers to trim their costs by adjusting their data allowances in increments as small as 10GB.

It’s not that much cheaper than the existing 250/100Mbps plan, which costs $205 for the same data quota, but it is more widely available.

“These [plans] will allow even more Aussie Broadband customers to experience the full speeds the NBN is capable of delivering,” said managing director Phillip Britt.

While both the 150/100 and 250/100Mbps plans are only offered to FTTP customers, the new plan is available in areas where the company has at least 500Mbps of CVC as opposed to the 1000Mbps CVC threshold for the fastest speed.

CVC – connectivity virtual circuit – is essentially the amount of bandwidth that RSPs buy from NBN Co. One of Aussie Broadband's main selling points is that it purchases sufficient CVC to meet its customers’ needs, and that is the main reason why it does not offer unlimited plans.

From a customer’s perspective, one problem with data quotas arises when the amount they routinely need slightly exceeds the closest plan offered by their chosen RSP.

If they need 600GB rather than 500GB, say, they might begrudge paying for a 1000GB plan, but they wouldn’t want to be forced onto a very slow speed (by ‘shaping’ or ‘throttling’ policies) for the last several days of each billing cycle.

So Aussie Broadband has introduced new sliding-scale plans that allow customers to select just the right amount of data.

“We believe this is a first among Australian telcos,” said Britt. “Our new system will give our customers unprecedented flexibility in choosing an NBN plan that is perfect for their needs, and not force them to pay for more data than they really need.”

However, the new structure comes into its own for businesses that get through large amounts of data every month, as it allows them to enlarge their quotas without having to worry about buying add-on data packs. The monthly total charge goes up by $5 (or $10 on 150/100 and 250/100 plans) for every extra 200GB of data between a total of 1000GB and 3000GB. (The upper limit is 500GB on 25/10 plans.)

When their requirements change, customers can schedule a plan adjustment to start from their next billing period, or pay a $10 fee for an immediate change.

Aussie Broadband’s existing customers will initially stay on their current plans until the request a change, although the company said it will gradually migrate those who would be better off on the new plans.

“Our new plan structure gives customers the flexibility to use as much (or as little) data as they like while also proving a congestion-free network for everyone to enjoy. We believe it's the best of both worlds,” company officials stated.

Aussie Broadband also announced it will be passing on to customers NBN Co’s “small temporary rebate” on 50/20Mbps fixed-line plans that was introduced in an effort to increase the takeup of higher speeds. Until recently, it has been quite common for RSPs to discourage customers from taking 50/20Mbps plans, either by making the tariff hard to find or by not offering an option between 25/10 and 100/40Mbps.

On the other hand, prices for 50/20Mbps wireless plans with larger data allowances are now significantly more expensive, and the company is passing on that increase to its customers.

“As a regional-based ISP, we'll continue to advocate for fixed wireless pricing to be equal to fixed line pricing and if we're successful, we'll pass those savings immediately back to customers,” said Britt.