The productivity suite offers a range of new features and usability enhancements – and it's still free for Windows, Mac and Linux users.

The Document Foundation’s LibreOffice has long been a popular alternative to Microsoft Office, with applications designed to replace Word (Writer), Excel (Calc) and PowerPoint (Impress).

Perhaps the biggest selling point for cashflow-conscious users is that it's open source, meaning the full package can be downloaded for free from the LibreOffice website and, unlike a lot of other free software, it also doesn’t contain any ads or charge for additional features. LibreOffice is also available for three popular operating systems: Windows, Mac OS and Linux.

In recent years, a growing number of businesses have also taken to using it, and the newly released version, LibreOffice 5.2, includes a range of features that may make it more feasible to make the shift.

Perhaps the most important change in this respect is that compatibility with Word documents saved as a DOCX or RTF file has been improved.

While LibreOffice has long been able to open Word documents, in the past there have been problems with graphics embedded or linked in a document sometimes not appearing. The new version fixes these problems.

The ability to open Word files now extends as far back as Word for DOS, so if you ever need to recover an old letter you saved on a dusty old floppy disk, you can now use LibreOffice to open it.

If you save your documents to a Google Drive, there is now support for two-factor authentication.

And if you need to create a PDF, you can now do it by selecting the ‘print to file’ option that appears by default in the printer dialogue box.

While improved interoperability with Microsoft Office is important, the new version also includes a number of other handy new features.

For example, there’s a range of new drawing tools available across all the applications, making it easy to draw a filled curve, polygon or freeform line in your document, spreadsheet or presentation. 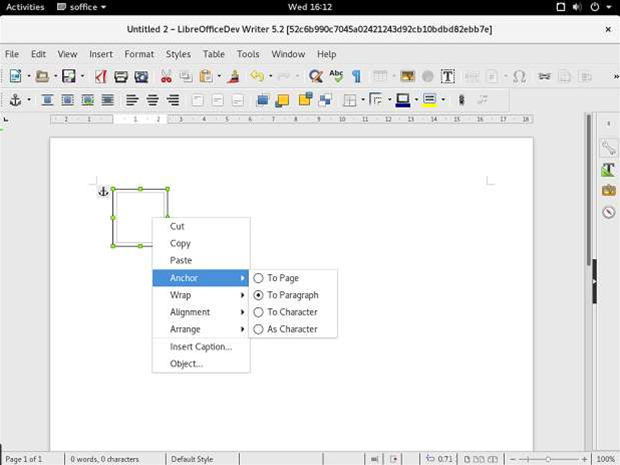 Aside from the usual double toolbar mode, there’s now also a single toolbar option that puts a number of commonly used features in one place while saving more screen real estate for the task you’re working on.

The default toolbars also have a number of new buttons for commonly used features, including a button that allows you to show or hide the track changes toolbar, and freeze the first column or row of a spreadsheet.

For Writer documents, the save button now has a ‘save as template’ option that allows you to quickly save the file you’re working on as a template.

If you’re working on a spreadsheet, the currency icon in the toolbar now has a dropdown menu that makes it quick to choose a currency. As you type a function in a spreadsheet, a tooltip will appear with a detailed explanation of how that function works and what it does.

When you remove the border of a cell, there is now an option to remove the formatting from adjacent cells as well.

For presentations, there are new features in the sidebar that allow you to quickly change the format, orientation and background image of a slide, or customise animations between slides.

The Document Foundation has published a full document [PDF] outlining all of the changes, along with a series of videos demonstrating how to access the new features.