New iPads, iMac, Mac mini: what's in it for you? 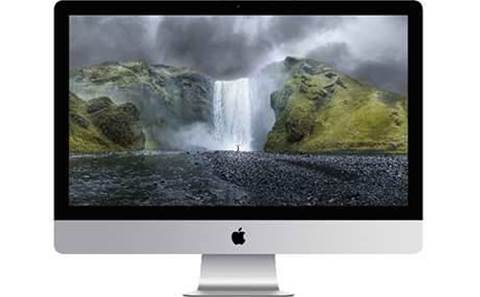 Is there some real value in upgrading to Apple's new iPad or iMac if you need a new machine for work?

Apple has announced the release of the new iPad Air 2, a new iPad mini 3 and a new iMac with a 5K Retina display.

So is there some real value in upgrading?

The iPad Air 2 gets a new processor - the A8x - which delivers a significant performance boost. It's also thinner and lighter than its predecessor. It also gets Apple's TouchID so you can unlock the device using a fingerprint as well as login to services that take advantage of this new security feature. Like the new iPhones, it also gets 802.11ac wireless networking.

If you've been holding on to an older iPad for a while then this seems to be a good time to update. If you bought an iPad Air last year then, while the speed bump is worthwhile and TouchID is nice, it's hard to justify spending the money.

The updated iPad mini also gets Touch ID but is otherwise identical to last year's model. In other words, unless you're desperate to stay with the latest model we can’t see any reason to dump last year's model and move to the iPad mini 3. We're still using the original iPad mini - before the Retina Display and processor upgrade that came last year - without any hassles.

If we were holding on to an older iMac and had a spare $2,999 in the budget then we'd be mightily tempted to buy the new iMac. From all reports, the new display is stunning and there have been a number of under the covers upgrades as well.

If you're a creative professional, then it's hard to imagine a better system. Maintaining the thin, all-in-one design, Apple has managed to upgrade almost everything inside the aluminium casing to deliver a fast and elegant desktop computer.

If you're running an iMac that's more than three years old, this machine represents a massive upgrade.

In many ways, the Mac mini is forgotten child of the Apple family. Starting at just $619 it's a competent desktop system that is a great option if you're shifting from a desktop Windows system. You can connect your existing display, mouse and keyboard, switch it on and be up and running in just a few minutes.

Aside from being a decent desktop system, the Mac mini makes a handy boardroom or meeting room system as it's so small. It can be easily hidden and is extremely quiet - you'll rarely know it's even running.

If you have an existing Mac mini that's less than a couple of years old, you can probably hang back on this one as a "must have" update. But if you're setting up a new meeting space or converting from a Windows system, it's a low cost option that will suit some offices.