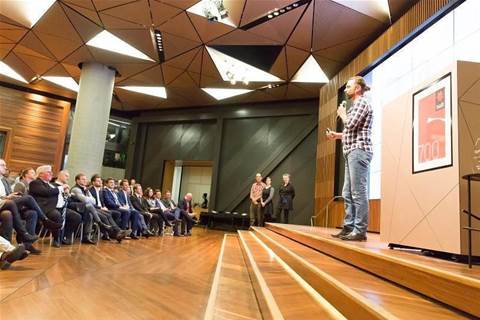 Stone & Chalk’s new Melbourne office will be led by the Alan Tsen, former CEO of Fintech Victoria. The fintech hub will be co-located with the SproutX agtech hub at 459 Collins Street.

“There is a huge but often overlooked connection between agriculture and financial services, and savvy startups are starting to take notice. The partnership between SproutX and Stone & Chalk is a fantastic opportunity for both organisations to leverage their respective areas of competitive advantage to create a world-first initiative specialised in agri-fintech.”

The idea behind Stone & Chalk is to incubate fintech startups and connect them with larger businesses.

“As an ecosystem, we're emerging as a real centre of excellence in a number of fintech verticals, like wealth, blockchain technology, and cyber security, and by launching Stone & Chalk in Melbourne we will help local fintech startups feel part of a bigger fintech movement, connecting them with potential investors, and customers nationally, and globally.

“Through my work with Fintech Victoria I've seen the huge potential out there, and I'm excited to further help amplify and grow the Victorian fintech ecosystem.”

Stone & Chalk has partnerships with ANZ Bank, Australian Super, Findex, Genworth, Liberty Financial, and NAB, as well as RMIT (blockchain research and commercialisation) and One Roof (which encourages women to become entrepreneurs).

Startups and scaleups can apply to join Stone & Chalk.