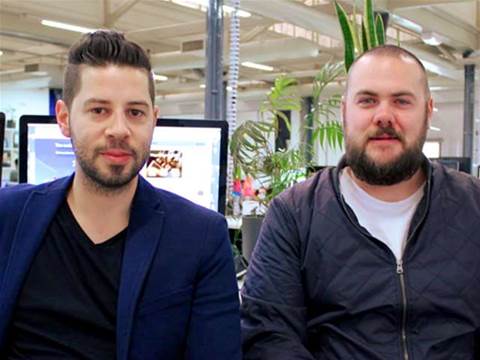 CrowdPleaser is an Australian platform that's structured to help keep projects on track and mitigate the financial risks for backers.

If you’re looking to launch a new business, introduce a new product or even raise a little extra capital, a crowdfunding platform can be an attractive option.

For those who are unfamiliar with the concept, crowdfunding platforms such as Kickstarter, Pozible and Indiegogo allow people to pledge money to a particular business or project in exchange for a reward once the product launches.

Unfortunately, there are significant risks involved for both the businesses and the people pledging to a project.

Many unlucky entrepreneurs have raised a barrel of money, only to discover unexpected issues that prevent them from delivering a finished product. As a result, pledgers are left empty handed.

A new Australian crowdfunding platform called CrowdPleaser, which has partnered with Sydney-based incubator Blue Chilli, aims to alleviate those risks and protect people who pledge to projects.

The CrowdPleaser platform works with business owners to break projects into “stages”, with funds released as the project successfully completes each of the stages they’ve agreed upon.

“What we do post-fundraising is instead of handing over cash to a project after they’ve successfully fundraised the concept of their project, wishing them all the best, washing our hands of it and moving on, we stay with the project until it is delivered,” CrowdPleaser co-founder Michael Vernuccio told BIT.

“As we hold the funds [in escrow], it ensures they do best practice in terms of completing each stage, and if they don’t complete a stage they won’t get the funds for the following stage.”

On Vernuccio‘s platform, the people who have supported a project determine whether they’re satisfied with the delivery of each stage, and therefore whether or not funds will be unlocked for the next stage.

This means that it’s vital for projects to maintain open communications with backers.

“An interesting technology that we’ve built into the platform is that we don’t validate whether each of those stages has been completed ourselves. Crowdpleaser has no input into whether they’ve completed each stage or not, we leave that decision up to the backers themselves,” Vernuccio said.

If the collective is unsatisfied with the progress of a project they’ve contributed to, the crowd has the ability to pull the plug on the project, although creators are given a chance to rectify the situation first.

“So let’s say there’s a project has been broken up into three stages, and at the first stage is running late and communications are poor, and the backers collectively say they’re unsatisfied,” Vernuccio said.

According to Vernuccio, the model means backers can pledge their cash with greater confidence that the project will deliver, and as a result project creators – as the project is far more attractive because of the limited risk – have far more pulling power.

“Crowdpleaser’s objective is to limit the risk for backers, and we achieve this through a business process. The objective is by limiting the risks to backers, we can make projects more attractive and therefore raise more funds for project creators,” he said.

What are the risks?

Vernuccio admits that a scenario where backers pay out the last stage and it doesn’t get completed may happen. However, he said that because the last stage is generally for delivery or distribution, backers should have a good feel for if that project is going to deliver by that time.

“We found from our case studies a lot of projects start to fall around the halfway mark and there’s a lot of warning signs where they miss deadlines and they’re a bit haphazard with their communications. This is where Crowdpleaser really comes into its own – you can start asking questions before the project spends all the money,” he said.

“Where the project is running smoothly and then starts having problems towards the tail end, unfortunately is a scenario that we can’t mitigate or manage to the nth degree. But with a traditional crowdfunding platform, you’d have to manage problems from the start.

“It’s about risk mitigation. We can’t remove all the risk, but with us you have some chance to get a refund whereas with other platforms you wouldn’t get that at all.”

Chief marketing and digital officer at financial advisory firm Findex, Thomas Paule, warns there’s little recourse for investors in rewards-based platforms should the company default or fail to deliver on its promises.

“While it’s great to see some platforms take up new methods to protect people who invest in these sorts of crowdfunding programs, there is always a risk that the project could go belly up,” Paule said.

What are the challenges?

Vernuccio’s advice to business owners is that while crowdfunding is “a really great way to raise cash”, it is essential to identify the challenges ahead.

Business owners have to be vigilant about risks, and make sure they have created a great project with a strong following before a project goes live, in order to maximise their chances of success.

“From our experience, a lot of people have this idea that crowdfunding is easy, that they’ll post their project and magically money will fall from the skies. Unfortunately, that simply isn’t true – crowdfunding is quite difficult,” Vernuccio said.

“The split between failures and successes is around 70 to 30, so for every three successfully funded projects, there are seven that don’t. That’s a statistic you really don’t hear that much from the industry.”