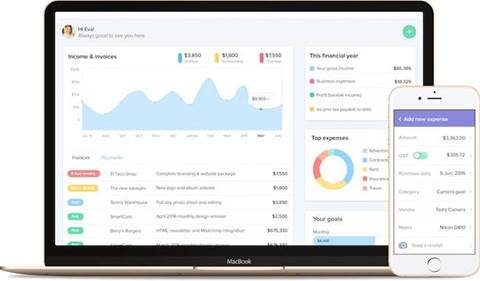 An Australian startup is taking on the big names in accounting software with its Rounded cloud and mobile application.

Rounded caters specifically for freelancers and other sole traders in the services sector. The idea behind the app is to provide ultra-simple online invoicing and accounting for one-person businesses such as photographers and designers.

Its user interface has a contemporary design and includes a dashboard to make it easy to see the financial state of the business. In particular, it tracks the income tax payable to date, so there’s no excuse for reaching the end of the financial year only to discover there’s not enough cash left to meet this important liability.

The time recording capability feeds into invoicing, and invoices can be linked to a Stripe account so customers can use their credit cards to pay online. One of the latest features is provision for recurring invoices to automate the billing of retainers, for example.

On the expenses side, transactions can be entered manually, imported from bank data or captured using the companion iPhone app so an image of the receipt is stored along with the rest of the data. 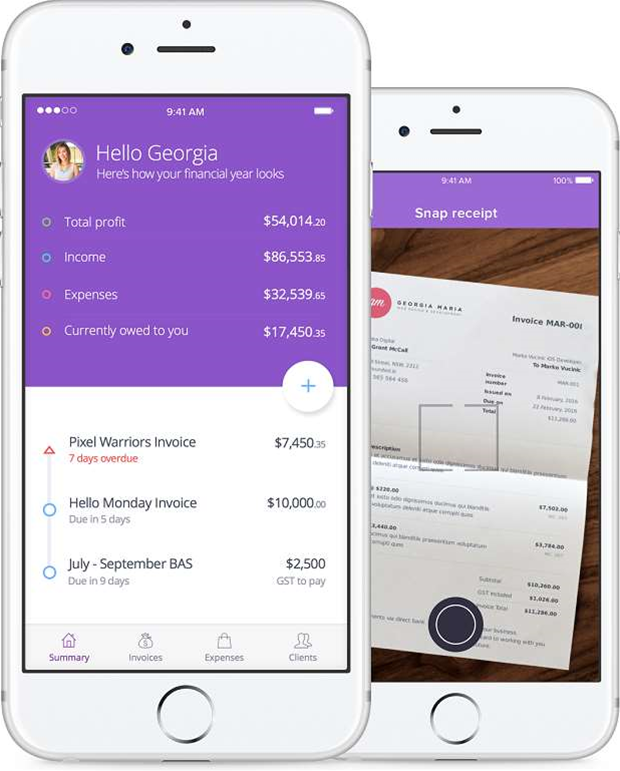 The iPhone app allows you to snap and upload photos of receipts.

Income and expense reports are provided, and the system automatically generates activity statements to simplify dealings with the tax office.

Can Rounded succeed against the established big names?

But can a startup succeed in a fiercely competitive market, where the big players like MYOB, Xero and Reckon are constantly evolving and adding new features?

Rounded co-founder Oliver Garside thinks it can. “3.7 million people are doing some kind of freelance work in Australia. That’s a $51 billion economy which represents a huge opportunity for us,” he said.

Fellow founder and product designer Grant McCall added: “I tried Xero, MYOB and a few international outfits. I got tired of battling bloated apps that were not designed for my freelance business in Australia.

“Most accountants will prescribe the daily dose of MYOB or Xero. Which makes sense to them – they’re accountants. Freelancers and sole traders just don't think that way though. They’d rather use nothing than something they don't understand.”

Features in development include an Android version of the mobile app and additional customisation of invoices. On the drawing board are automatic overdue notices, multiple invoice templates, support for payment schedules such as 50 percent upfront and the balance on completion, and provision for multiple income streams.

In the longer term, Rounded intends to add desktop and mobile time trackers, support for bank feeds, and give users the ability to share their data with their accountants.

“Our users are very vocal, which means our product development is driven entirely by their needs,” said Garside.

Two plans are currently available: Starter costs $11.95 a month but is restricted to a maximum of three clients, and the Unlimited plan is $19.95 a month. Regardless of plan, there are no limits on the number of invoices, quotes or expenses, and all reporting and time-tracking features are included. A 30-day free trial is offered.