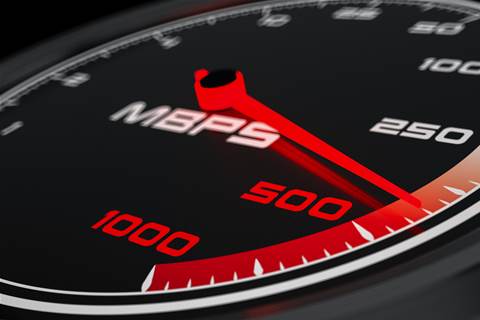 Broadband consumers are increasingly looking for faster NBN connection plans with more than half a million households moving to a higher speed plan in the March 2021 quarter, according to the ACCC.

The report from the Australian Competition and Consumer Commission, which looked at the wholesale market for NBN services, showed that nearly 8.3 million broadband services are now connected to the NBN.

Telstra’s wholesale market share fell 0.4 percentage points to 45.1 percent, while smaller service providers increased their combined share to 7.8 percent, up from 7.5 per cent in December 2020 and 6.2 per cent in March 2020.

The increase may be in part due to promotions from the NBN aimed at higher speeds.

“More than two-thirds of all NBN connections now relate to services of 50Mbps or above, and about 17 per cent of customers are using 100Mbps or above,” ACCC commissioner Anna Brakey said.

“New incentives offered by NBN Co have enabled retailers to allow consumers to trial or shift to higher speed services, particularly services with very high speeds of 250Mbps or above.

“It’s important that retail service providers acquire CVC capacity in line with the growth and features of their customers’ services, to ensure consumers receive the service they are paying for,” Brakey said.