NBN-related complaints to TIO jump by 200% 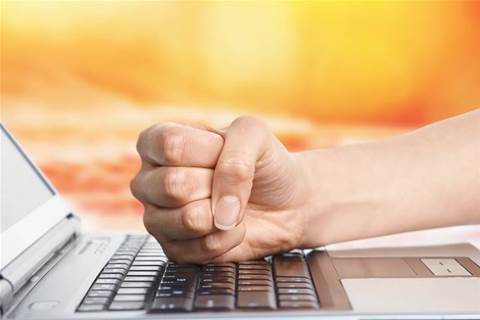 The Telecommunications Industry Ombudsman (TIO) received 84,914 complaints about phone and internet services in the six months to 31 December 2017 – a 28.7% increase over the same period in 2016, according to the TIO’s latest six-month update. That figure included 22,827 complaints about NBN-related services – a 203.9% leap over the 2016 period.

While the complaints by small businesses and the total complaints are down from the first half of 2017, the TIO points out that complaints activity is seasonal, so similar-period comparisons are more appropriate.

Around 40% of small business complaints concerned multiple services. Landlines were the next most common (22%), followed by mobiles (21%) and internet services (17%).

The most common issues complained about by small businesses were charges and fees (presumably things like being charged for services not ordered or received, higher than expected charges, and early termination fees being charged when the customer was already out of contract), and provider response (hardly surprising – our experience is that the so-called customer service staff at the big-name providers behave as if they have been trained to avoid complaint resolution, and that the only way to get your problem escalated to someone who can deal with it properly is to get the TIO involved).

Other reasonably frequent issues were no service, problems with connections or changing provider, and poor service quality.

Complaints about services running on the NBN were not broken down by consumer versus small business, but the overall incidence of NBN-related complaints has increased faster than the growth in connected premises.

Of the NBN-related complaints, 14,055 were about service quality (our guess is that many of those were about internet speeds that were lower than expected from the complainants' plans), and 8,757 concerned problems in establishing a connection.

The TIO changed the way service types and issues were categorised from 1 July 2017, preventing more detailed comparisons with previous periods.