NBN HFC rollout: what to expect 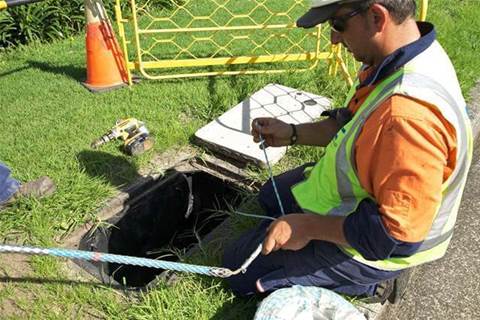 Are you in a Telstra Cable area? Here's what you need to know about the NBN rollout.

The NBN uses a range of technologies, and one of those is hybrid fibre coaxial (HFC), which will be used in many metropolitan areas that are currently served by Telstra's HFC cable network.

The Telstra HFC network is being upgraded to cope with the extra traffic that will result from a significant influx of users, and work is being done to fill in pockets that aren't covered within the neighbourhoods where it is being used for the NBN.

While the plan was to use both the Telstra and Optus HFC networks, Optus’s network was subsequently judged to be unfit for NBN service, and areas where it was going to be used because there is no Telstra HFC will instead be served via FTTC.

FTTC (fibre to the curb, also known as fibre to the distribution point) uses fibre along the street and copper phone cable for only the lead-in to the building. It’s a relatively new part of the “multi-technology mix” (MTM) introduced by the new Federal Government in 2013 in place of the FTTP (fibre to the premises) technology favoured by the previous government for 90% of the NBN.

The other MTM technologies are FTTN (fibre to the node, which uses up to several hundred metres of copper phone cable to connect premises to the ends of the fibre network) and FTTB (fibre to the building/basement, similar to FTTN but with the node located within a multi-occupancy building such as an apartment block). Fixed wireless was always planned for rural areas where the population density wasn't sufficient to justify replacing the fixed-line infrastructure, with satellite serving remote areas.

For those who are already hooked up to Telstra Cable, the upgraded NBN HFC service will replace their existing connection, but they will need a new cable modem from their chosen retail service provider (RSP). There is no provision for changing from overhead to underground connections as part of the NBN rollout.

Other premises will be connected to the HFC network via an overhead or underground cable. Property owners aren't given the choice – the method selected will be whichever is cheaper and easier, subject to prevailing local government regulations. That said, NBN Co does plan to use existing conduits (such as those carrying phone lines into properties) where they are suitable.

It was revealed last year that NBN Co was investigating what might be thought of as 'co-axial to the distribution point' – using copper phone cables between the building and an HFC-backed distribution point in a pit outside the premises, somewhat similar to the FTTC arrangement but with less fibre – to simplify such installations. But we understand this approach does not form part of the company's current roll-out plan.

You may have heard stories about HFC connections being made to unsuitable places on outside walls. It seems there have been a few examples of that happening, but we understand NBN Co has responded by altering the guidelines it gives installers. (There may be some specific steps you can take to help ensure you get a good outcome in this regard – we'll provide more information as it becomes available.)

A related problem concerns the location of the internal equipment. NBN Co's practice is to use the existing lead-in and wall plates where the premises are already connected to Telstra Cable. That can be less than ideal because in homes the wall plates are often situated in the lounge or family room to suit a Foxtel set top box, and that can make connecting the existing internal phone wiring to the cable modem a non-trivial matter. The same problem can occur even if a cable modem is already located elsewhere in the premises.

For new lead-ins, the installer should be able to provide you with a choice of locations, but that doesn't mean you have an unlimited choice. For small business premises with suitable conduits, that shouldn't be a problem because the new cable will enter the building in the same place as the existing phone lines. But connecting to the internal wiring may be problematic where old or new overhead cables are involved.

For 'difficult' installations or wall plate relocations (such as where you want the wall plate on the other side of the premises to the lead-in, or where you need the existing wiring for multiple phone handsets to be connected to the NBN cable modem) you may consider engaging a suitably qualified cabler to do the internal wiring for you. Many electricians are qualified do this sort of work.

Rather than messing around with changes to the phone wiring, the arrival of the NBN is a good opportunity to consider switching to IP phones that connect to your data network. Remember that you don't have to buy phone service from your RSP, as you can also choose among the VoIP providers that provide a quality service at very competitive prices. IP handsets used to be quite pricey, but now there are several models below $100, including some DECT (cordless) handsets. The latter can be a very useful option to minimise cabling if you can get adequate coverage of the premises with the base station(s) positioned close to the router.

If you are among the first to be connected to the NBN in your area, you won't have to wait until the local rollout is complete before you can get NBN services. Areas are released to RSPs before all the premises are connected, and the rest are added over a number of months. Contrary to what you may have read elsewhere, NBN installations to premises currently connected to Telstra Cable are not being prioritised at the expense of neighbouring premises that need a new lead-in.