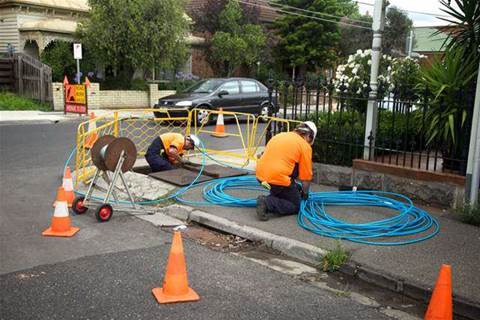 For the original - largely fibre to the premises - NBN, you could see whether or not your home or business premises were going to be connected in the next three years. What's it like today?

Well, that horizon was drastically reduced following the change of government, possibly due to the uncertainty around the use of a wider range of technologies including fibre to the node and hybrid fibre cable. Whatever the reason, it certainly caused greater uncertainty for those considering moving house or premises.

But NBN Co has presumably solidified its plans, as it has announced that 7.5 million more premises will be connected over the next three years, and identified the technology to be used in each area.

The plan includes an indication of when residents and business owners can expect the rollout to reach them. The further away that is, the less precise the date. For example, FTTN construction in Torquay (Victoria) is scheduled to start next month (November 2015), but in the second quarter of 2016 at Penguin (Tas). The HFC rollout in Balgowlah (NSW) is slated for the first half of 2017, but Nerang (Qld) is down for the second half of 2018.

Unfortunately NBN Co's rollout map still only shows whether construction has at least started in a given area. So interested parties will need to search the three-year construction plan.

More than 1.3 million premises are already regarded as 'ready for service' and construction has begun to serve another 700,000.