NBN and Internet complaints on the rise 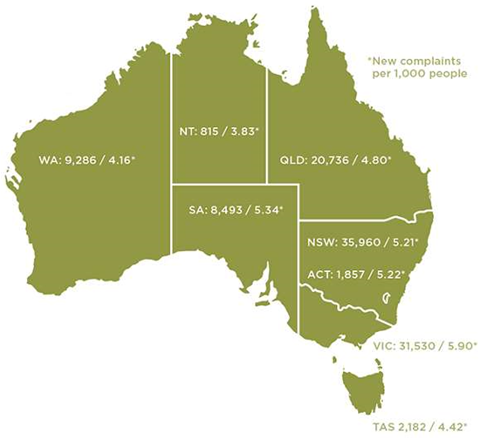 Mobile complaints have fallen, according the Telecommunications Industry Ombudsman’s 2016 report, but it’s not all good news. We analyse the results.

It releases a report every year analysing telco disputes and issues, and according to the TIO 2016 Annual Report, 112,518 new complaints were made between July 2015 and June 2016. That was down from 124,417 in the previous year.

But one cause for concern is that the downward trend may be over, as new complaints increased in all but the first quarter of the reporting period.

Small businesses were the source of 13 percent of new complaints, mostly relating to landlines and faults.

NBN-related complaints surged, according to the report, which is perhaps not surprisingly given the rollout progress.

"We saw nearly a 100 percent increase in the number of NBN related complaints this year, but the rate of growth is lower than the growth of active services," said Ombudsman Judi Jones. "Delays in connections to the network, faults including unusable services, and dropout of services were regularly reported, which is of concern."

NBN complaints account for 11.9 percent of all new complaints to the TIO.

The number of complaints about particular service providers broadly reflects their position in the market, with the top five accounting for 83.6 percent of complaints.

There were 53,731 complaints about Telstra (down 3.2 percent despite an upswing in internet-related complaints) and 21,992 about Optus (up 18.2 percent due to internet and landline issues).

Vodafone was the big winner, continuing its downward trajectory with a 59.5 percent reduction to 7,830. This may reflect the company's network investments, including improvements to coverage in Greater Sydney and Canberra.

TPG acquired iiNet in September 2015 (during the period covered by the TIO's report), creating the country's number two ISP behind Telstra and ahead of Optus. The total number of TPG/iiNet complaints was 10,534, about half of those made against Optus.

Issues across all service types 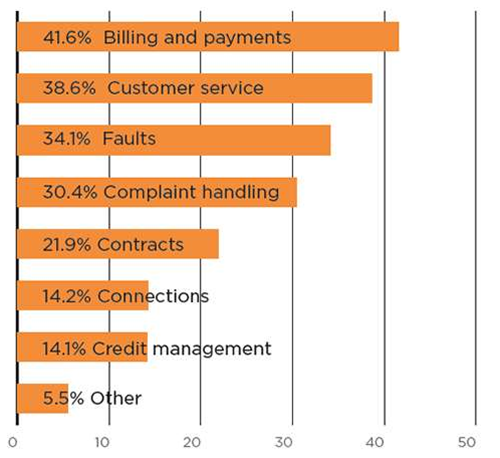 In most cases, complaints are resolved by the TIO referring the customer to their provider's escalated complaints team.