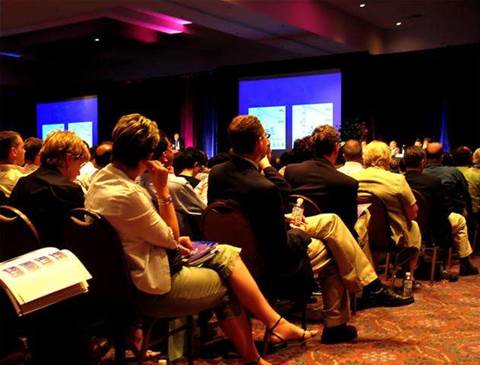 The Commissioners of the ATO, ASIC and the Productivity Commission all addressed the National Small Business Summit.

By the time you read this the 2013 NAB National Small Business Summit will be approaching its climax.

BIT is a fan of this event - see our report on the 2012 event - as there's lots of useful information to be gleaned from summit sessions, conversations with fellow attendees, or on the exhibition floor.

This afternoon's major session is described as "a Conversation with Australia's Top Bureaucrats and Business People," and the organisers aren't kidding about the top bureaucrats.

That may be politically one-sided. Chris Bowen was to attend in his former role as Federal Minister for Small Business, but recent events in Canberra resulted in his promotion to Federal Treasurer. At least it indicates that politicians are paying attention to the small business sector.