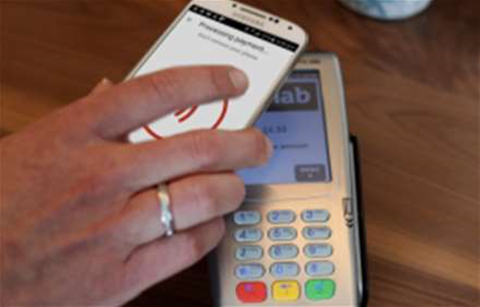 Contactless payments is the big feature of the latest version of the NAB mobile app for Android.

The app sends a digital token to authorise the payment without revealing the card number and other details, so that information cannot be captured and misused (eg, to make fraudulent online or phone transactions).

This approach works with any contactless payment terminal, so you - the merchant - don't need to do anything differently. Just be prepared and warn your staff that there's an increasing chance that customers will produce their phones rather than plastic cards when it is time to pay.

That said, the initial limitations of NAB Pay mean there probably won't be an immediate flood of such transactions. Firstly, it only works with NAB Visa debit cards, not credit cards, although NAB executive general manager for consumer lending Angus Gilfillan said "We have a number of exciting initiatives planned this year and look forward to extending the NAB Pay application to support NAB credit cards in coming months."

Secondly, it seems that the stated requirement of "Android 4.4 with built-in NFC capability" is not the whole story. Early user reviews on Google Play say it doesn't work with phones such as the Nexus 6P or Xperia Z2 and Z5. NAB's description also refers to the need for "a compatible phone" but there's no mention of a list of models that are known to work.