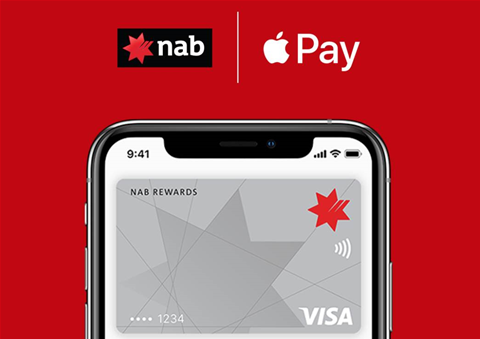 NAB Visa Card customers can start using Apple Pay wherever they can tap and pay.

National Australia Bank is the latest of the big four banks to enable Apple Pay, after indicating it was open to the prospect in December last year.

“It’s here. NAB customers can now use Apple Pay. Just add your NAB Visa Card and start using Apple Pay wherever you can tap and pay,” the bank said in social media posts at 8am.

Until the end of last year, ANZ was the only big four bank to offer Apple Pay.

The other three institutions held out and were part of a failed bid to pressure Apple to open the near field communications (NFC) chip on iOS devices to other digital wallets, namely those built by the banks themselves.

CBA, Westpac, NAB, and Bendigo and Adelaide Bank had hoped to be able to boycott Apple Pay.

But, after the Australian Competition and Consumer Commission turned down the proposal, CBA broke ranks late last year and decided to offer Apple Pay.

CBA enabled Apple Pay for consumers in January and has since expanded its use to business card holders.

That appears to have put pressure on other previous holdouts.

Both NAB and Westpac had indicated they could move to offer Apple Pay in the wake of CBA’s backflip but repeatedly declined to offer a timeframe.

NAB has now made good on that, ratcheting up pressure on remaining holdouts.

The bank's move was positively received by users. "Finally...literally thought about looking around just last week for this very reason. Thank you for listening NAB," one said on Facebook.