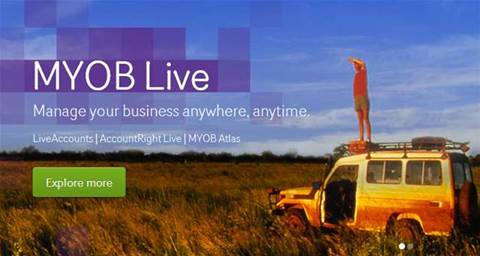 Mac users of MYOB have new versions of AccountEdge to choose from. Click here for the list.

With the cloud seemingly getting all the attention from developers, we haven't heard much recently about accounting software that runs on Mac OS X.
But MYOB isn't ignoring the platform - it's just announced improvements to its AccountEdge suite.
Newsletter Signup

I have read and accept the privacy policy and terms and conditions and by submitting my email address I agree to receive the Business IT newsletter and receive special offers on behalf of Business IT, nextmedia and its valued partners. We will not share your details with third parties.
AccountEdge Basic ($319) benefits from easier handling of bank statements, the ability to record notes about transactions, and a way of deleting multiple cards or line items in one go.
AccountEdge Pro ($999) and AccountEdge Network Edition ($2199) include those changes, along with change order tracking, the ability to attach documents to transactions and jobs, and support for trust funds.
AccountEdge Pro and Network Edition support the AccountEdge mobile app for iPhone and iPad, which was updated late last month with a new Quick Sale feature to speed the recording of sales and payments, plus access to the open receivables list and various minor fixes.
Copyright © BIT (Business IT). All rights reserved.
Tags:
accountedge accounting mac myob software
By Daniel James
Apr 9 2014
5:24PM