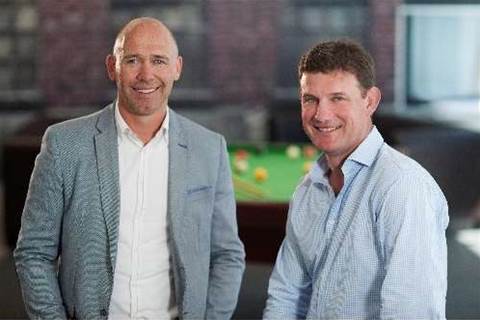 Just over a year after accounting software vendor MYOB started discussions with US-based small business lender OnDeck, the first loan was made by the local venture last month.

According to MYOB business division general manager James Scollay, the company's regular surveys showed that cashflow is near the top of the list of challenges faced by SMEs.

This part of the market was not being served well by cashflow lenders, so MYOB looked around for potential partners and settled on OnDeck, taking a 30 percent stake in the local operation.

MYOB applies OnDeck's rules to pre-qualify its cloud accounting customers, and then OnDeck combines this with other data sources in order to make a final decision within a few hours. If successful, the funds are available the next day.

In cases where additional documentation is required the process takes a little longer.

OnDeck Australia lends between $10,000 and $150,000 for periods between 6 and 24 months to SMEs that want to grow. Typical uses for the money include increasing inventory, employing seasonal staff, or to fund marketing campaigns.

Poolman said banks either can't help these businesses, take too long to make a decision, or require security in the form of real estate. The latter is a particular problem for younger businesspeople, he noted.

The minimum qualifying requirements are that the business must be registered in Australia, and have been in operation for at least one year with annual revenue of $100,000.

Interest is charged according to OnDeck's determination of the risk involved.

He pointed to the success of this model in the US, where US$3 billion has been lent, resulting in an additional US$11 billion in economic output and 74,000 extra jobs.

OnDeck's scale means it is more efficient than local lenders, has a better understanding of small business and more data scientists than the competition.

It also has "the best two partnerships in the local market," he said. MYOB has the biggest share of the small business accounting software market, and Commonwealth Bank is also referring customers to OnDeck.

Scollay said OnDeck has very good customer satisfaction ratings in the US, and MYOB was "very impressed with that."

He described it as a "substantial and responsible" lender that looks after its customers."