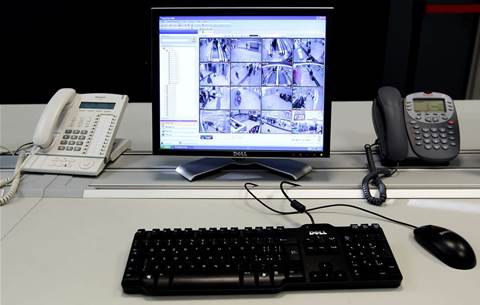 Video surveillance cameras are handy for keeping an eye on the office while you're out and about, alerting you to the presence of uninvited guests. But a security system's usefulness is somewhat diminished if you're constantly bombarded by false alarms triggered by a curtain moving in the breeze or simply a shadow cast across the room.
Mobotix's MxActivitySensor claims to reduce false alarms by more than 90 percent, using intelligent motion detection to ignore environmental changes such as snow, rain, wind, light, moving clouds and trees. This allows the cameras to focus on moving people and other objects passing through the field of vision. Reducing false alarms obviously means you waste less time on wild goose chases, but it can also reduce bandwidth costs by reducing the amount of data your IP surveillance cameras transmit. The MxActivitySensor intelligence is built into each camera, so they can decide whether an event is important without the need to report back to a central system. Mobotix's new S15, D15 and V15 camera models feature five megapixel video sensors, capable of delivering 30 frame-per-second video streaming with improved low-light performance.

I have read and accept the privacy policy and terms and conditions and by submitting my email address I agree to receive the Business IT newsletter and receive special offers on behalf of Business IT, nextmedia and its valued partners. We will not share your details with third parties.
Copyright © BIT (Business IT). All rights reserved.
Tags:
home office security software
By Adam Turner
Jun 6 2013
12:00PM