Microsoft's first Windows 10 phone could be a flagship killer 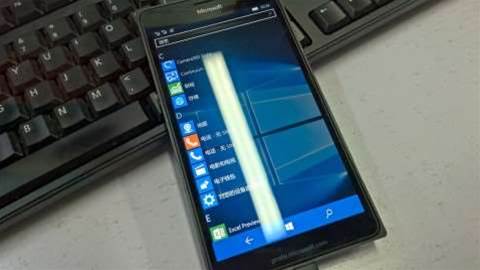 Microsoft's Windows phones have been universally panned. Unfortunately for Microsoft, that's not down to the hardware, but the lacklustre Windows environment and complete lack of apps. Microsoft is aiming to reverse the trend with Windows 10 and, if the rumours surrounding two new Windows 10-powered Lumia devices are to be believed, they want to come back with a bang.

According to Windows Central, Microsoft is set to make the Lumia 950 and 950 XL its first Windows 10 phones. Images of the new Lumias were posted on WPXAP forums, providing a few glimpses into what we can expect from Microsoft's two new flagship phones. The images are believed to have been leaked by a Microsoft employee, and the device is emblazoned with a proto.microsoft.com link, showing that it's a prototype Lumia device.

These first images don't give much away about how Microsoft's latest Lumia will actually look, because it's covered with a non-removeable prototype casing to hide its appearance and dissuade testers from using it in public. However, we can see that the new Lumia device is running the latest build of Windows 10 Mobile and Insider build 10240, and has 3GB of RAM – the same found in almost all flagship phones. 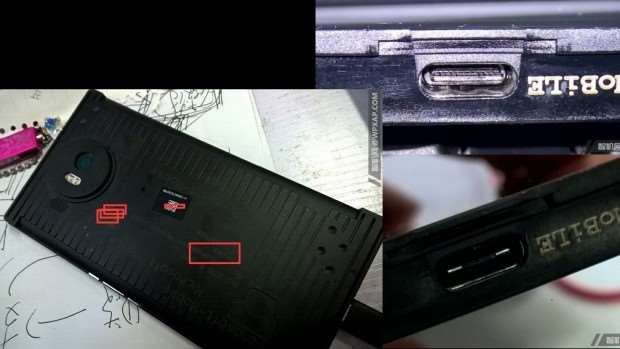 Pictures also show that the new Windows 10 phone comes equipped with USB Type-C as standard and has a triple LED flash (white and yellow) on the rear. The resolution of the camera is unclear, but earlier rumours have suggested it could be Lumia's 20-megapixel PureView camera, capable of recording 1080p video at up to 90fps.

Other early hearsay around Microsoft's new Lumia phones indicates that Microsoft is ensuring its first Windows 10 devices can compete with some of the best Android flagship hardware. A quick rundown of the rumours suggests that both devices will feature a Quad HD display (one 5.2in, one 5.7in), 32GB of internal storage, microSD card slots, a 5-megapixel wide-angle front-facing camera, Qi wireless charging and an iris scanner for Windows Hello functionality.

It's not known when we may see an official release for these flagship Windows 10 phones, but reports indicate that Microsoft is planning an October event to unveil both devices, along with the Surface Pro 4.

I have read and accept the privacy policy and terms and conditions and by submitting my email address I agree to receive the Business IT newsletter and receive special offers on behalf of Business IT, nextmedia and its valued partners. We will not share your details with third parties.
Copyright © Alphr, Dennis Publishing
Tags:
hardware lumia microsoft microsoft employee windows 10 mobile windows phones
By a Staff Writer
Aug 7 2015
1:40PM