Microsoft will pay up to US$300 for an old MacBook 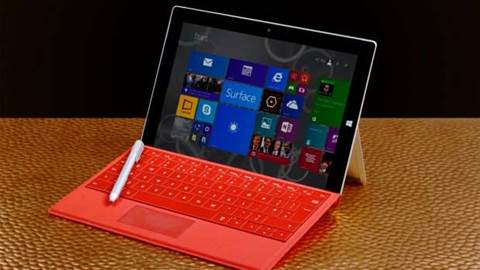 In a bid to encourage customers to make the switch to a Windows 10 machine, Microsoft has launched a promotion in some markets going by the name of Easy Trade Up. To qualify you'll need to buy (or have bought) a new Windows 10 machine between 6 October and 27 October. Well, we say YOU but really we mean THEM because this offer isn't available in Australia.

The device to be traded in has to be a maximum of six years old, can be running any operating system, must have a working battery and power supply, and have a minimum display size of 11.6 inches.

As well as the UK, a similar offer is running in the US, Canada, India, Brazil, Taiwan, France and Germany. In the US version of the sale, more cash is up for grabs for folks trading in a MacBook (US$300), which neatly demonstrates Microsoft's intention to grease the wheels of change and pull customers away from Apple.

We're not sure why Microsoft hasn't extended this unusual take on "cash for clunkers" to Australian users. But on the other hand, our big screen TVs are still very cheap, by international standards.

I have read and accept the privacy policy and terms and conditions and by submitting my email address I agree to receive the Business IT newsletter and receive special offers on behalf of Business IT, nextmedia and its valued partners. We will not share your details with third parties.
Copyright © Alphr, Dennis Publishing
Tags:
hardware
By a Staff Writer
Oct 19 2015
2:13PM