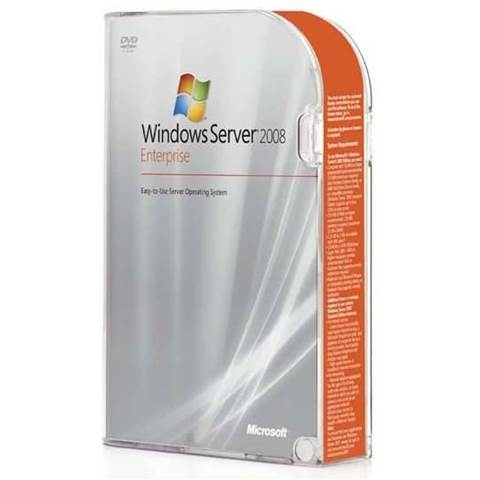 Low-cost version of Windows Server to be pre-installed on entry-level hardware for small firms.

Microsoft has announced a new entry-level server platform aimed at helping small businesses to get started when building up their IT infrastructure.

Windows Server 2008 Foundation targets companies with 15 or fewer employees, and will only be available pre-installed on servers purchased through system vendors.

Dell, HP, and IBM are among the vendors expected to offer the software pre-loaded on selected systems aimed at small businesses.

"As a result of research and customer feedback, we became aware that some customers just wanted a basic infrastructure product offering file-and-print services and user authentication, but that the price [of Windows Server 2008] was prohibitive for small customers," said Gareth Hall, Microsoft's Windows Server product manager.

As companies grow in the future, they will be able to upgrade via a similar scheme to the Solutions Pathway Microsoft offers for SBS and Windows Essential Business Server customers. This basically enables companies to purchase a full version of Windows Server 2008 at a discount, equivalent to the difference in price between the two versions.

Microsoft said that the new server platform will be available at a modest price, but declined to say how much it will cost vendors to pre-load it on systems.

"Each original equipment manufacturer will set its own price, and it will be substantially cheaper than purchasing the same system with Windows Server 2008 Standard Edition," said Hall.

However, he expected that a number of servers would ship with a price tag " below US$1,000 ".

The low-cost server edition of Windows was first mentioned by Microsoft chief executive Steve Ballmer during an analyst briefing last month. Industry watchers speculated at the time that it was being introduced to counter the threat of Linux in the low-end server market.

Hall said that Microsoft "always wants to be competitive", but denied that Linux was the catalyst for Windows Server 2008 Foundation.

"If customers tell us they want something that does X, Y and Z, and they want it at a specific price level, then we will try and fill that gap," he explained.

I have read and accept the privacy policy and terms and conditions and by submitting my email address I agree to receive the Business IT newsletter and receive special offers on behalf of Business IT, nextmedia and its valued partners. We will not share your details with third parties.
Copyright ©v3.co.uk
Tags:
foundation lowcost microsoft server software windows
By Daniel Robinson
Apr 2 2009
9:39AM