Microsoft Surface Pro: worth spending more than an iPad?

Today's news is that the Microsoft Surface Pro will cost at least, if not more, than a top-end iPad. Here's why we'd consider spending that extra few hundred dollars.

Would we pay more than a top-of-the-line iPad for one of Microsoft's Surface with Windows 8 Pro tablets?

That's the question after today's news that a top-of-the-line Surface tablet with Windows 8 Pro will cost US$999 and probably more with the keyboard.
For those wanting a tablet, but needing to run Windows programs, the Surface with Windows 8 Pro is arguably the device to wait for - there are two types of Surface tablets, the other the running Windows RT won't run your old Windows 7 programs.
Newsletter Signup

I have read and accept the privacy policy and terms and conditions and by submitting my email address I agree to receive the Business IT newsletter and receive special offers on behalf of Business IT, nextmedia and its valued partners. We will not share your details with third parties.
In the US, Microsoft has announced that the Surface with Windows 8 Pro will be available in January 2013.
What's interesting is the price.
How much will it cost? 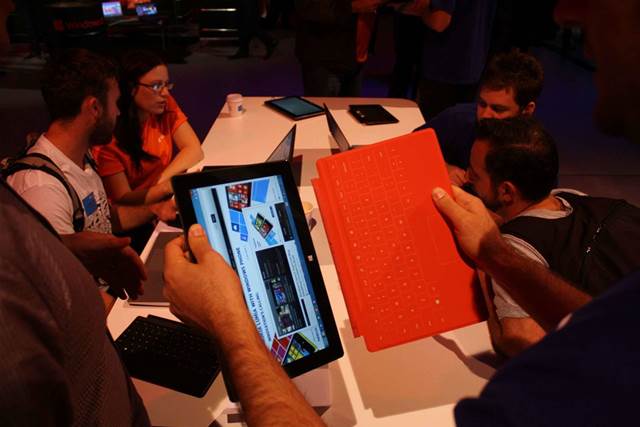 Here are the two prices announced by Microsoft in the US:
While these prices were announced with any reference to specific prices per country, the Australian Microsoft Surface web site also lists $899 as the starting price.
Keep in mind this doesn’t include the cost of the keyboard covers, which are $139, or $149 depending on which one you choose.
Add it all up, and we could see the total cost exceeding the $1,000 mark.
So why pay more, if you can get the most expensive iPad for $899 (without a cover, mind you)?
A quick refresher on the Surface's selling points
The Surface's major selling points are the fact that it's styled as a laptop/tablet in one. The snap-on cover is actually a keyboard - you can read more the Surface keyboard here.
The big drawcard if you need a tablet for work is that the Surface runs Windows. The Surface will be available in two types - a model running Windows RT, the cheaper type, which runs apps from the Windows online app store but not your old Windows 7 programs.
The Surface with Windows 8 Pro will run your existing Windows programs (though how useful old programs will be on a touchscreen remains to be seen), which should be particularly handy if you rely on Microsoft Office for work.
You can read more about the two versions of Windows 8 for Surface here.
Unlike an iPad, you can also directly plug in USB keys and microSD cards into a Surface tablet.
Our brief experience with the Surface left us comfortable with the idea of using it as an alternative to a laptop when we're out and about - but less confident about using it to replace our main laptop (after all, the screen is 10.6in).
The Pro version will be less than a Kg, making it lighter than a MacBook Air.
The Pro version will also let you draw on the screen with a digital pen.
Our advice 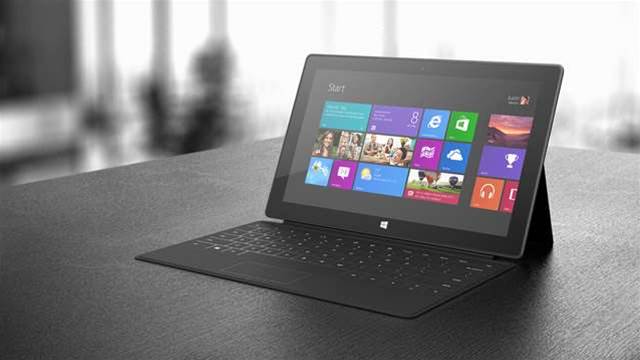 It comes down to Windows, and applications like Office. Windows 8 is a shock at first, in that it's very different to the Windows you're used to. But it makes sense for a tablet like the Surface. And apps like Office 2013, with their built-in ability to store all your documents to the Internet, will come in very handy if you're accessing them while out of the office.
Our advice would be to think about what you need to get done in your work day, the applications you use, and whether the Windows way of doing things works for you - try Office 2013 (the trial is here) and play with a Windows 8 tablet.
We'll reserve our final verdict till we can test a Surface with Window 8 Pro, but in the meantime, if complex programs, Windows applications and actively working on documents are important to you, then Surface Pro is worth considering.
If you want to keep things simple, are happy with apps and don't require complex programs, spreadsheets, Office docs or other Windows files, and you'll be using a tablet for checking-in to email, websites etc. rather than working on files - then a Surface RT, or iPad might be more suitable.
Copyright © BIT (Business IT). All rights reserved.
Tags:
hardware ipad microsoft price pro rt surface tablets windows 8
By William Maher
Nov 30 2012
1:30PM