Microsoft Surface not quite so painfully expensive now 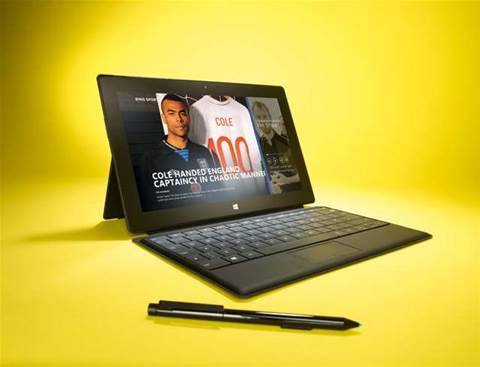 This price drop is good news if you've had your eye on the Microsoft Surface RT or Surface RT tablets. Click to see how much cheaper they are now.

Our sister site CRN is also reporting that the price of the cheaper Microsoft Surface RT tablet, which does not run "desktop" Windows x86 software, has also been reduced. According to this article by CRN, the Surface RT 32GB with a black Touch Cover keyboard is down $50 to $449. The 64GB version with the Touch Cover keyboard is down $50 to $559.
The Surface Touch Cover accessory has also been reduced by almost 30% and now costs $99.
Newsletter Signup

I have read and accept the privacy policy and terms and conditions and by submitting my email address I agree to receive the Business IT newsletter and receive special offers on behalf of Business IT, nextmedia and its valued partners. We will not share your details with third parties.
In the review of the Microsoft Surface we published, price and battery life were two criticisms, although otherwise the review was very positive. The sting has come off the price a touch, at least.
Copyright © BIT (Business IT). All rights reserved.
Tags:
australia hardware surface tablets
By Krishan Sharma
Sep 3 2013
12:32PM