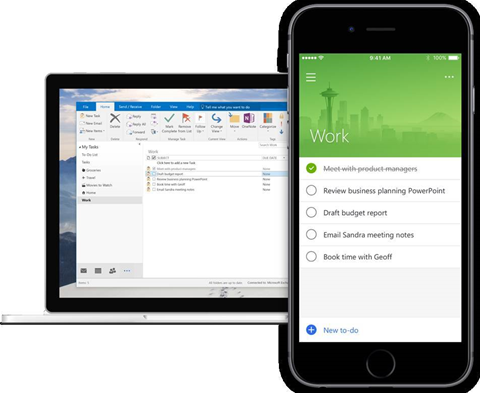 Microsoft To-Do is a Windows, cloud and mobile app that will replace Wunderlist, according to an official blog post.

Microsoft has unveiled a first public preview of Microsoft To-Do, a simple task manager with apps for Windows 10, iOS, Android and the web.

The app has been developed by the team behind the popular list and task manager Wunderlist, which Microsoft acquired back in 2015. And, in fact, To-Do will replace Wunderlist, according to Ori Artman, general manager of Microsoft To-Do.

“Once we are confident that we have incorporated the best of Wunderlist into To-Do, we will retire Wunderlist,” Artman said in a blog post. “While the name and icon may change, the team that brought you Wunderlist continues on. We look forward to making To-Do even more useful, intuitive and personal.”

To-Do is currently very much a preview, and focuses on core to-do features only. You’re able to create multiple items on multiple lists, import existing Wunderlist lists, set due dates and reminders, and mark items as partially or fully completed.

A “My Day” view helps you see and organise tasks which need to be done today.

An intelligent “Suggestion” feature uses a “smart algorithm” to recommend tasks you should be doing right now. That could be handy long-term but it needs a history of items to work with, so don’t expect anything useful immediately.

Right now, Microsoft To-Do’s main plus point is you can use it anywhere, with apps available for Windows 10, mobile devices and the web.

Your lists will be synced across all your devices, too, although this requires that you have a Microsoft account.

Microsoft To-Do is built on Office 365, and that’s going to be its major selling point in future.

“As the only task management app built on an enterprise cloud, To-Do offers the advanced security that our Office 365 customers expect,” Artman said. “Data is encrypted in transit and at rest, and To-Do is served out of our hyper-scale, global network of data centers.”

To-Do could also become a lightweight way to access your Outlook tasks from anywhere, for instance, and maybe share them with others.

At the moment, To-Do is fairly basic in terms of features, but it looks good, is easy to use and could become very handy for Office 365 users in the next few months. You don’t need to have Office 365 to use it, but the app does require a Microsoft account.