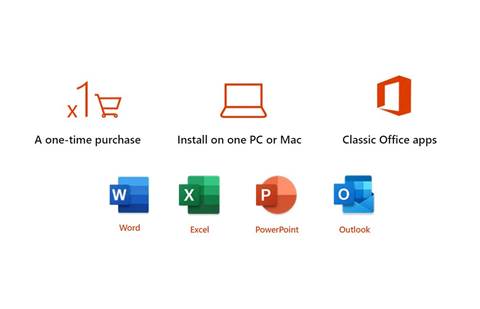 Pricing, naming yet to be revealed.

“Microsoft Office will also see a new perpetual release for both Windows and Mac, in the second half of 2021.”

This brief line appeared on Microsoft’s Exchange Team blog this week, where new versions of Exchange Server, SharePoint Server, Skype for Business Server and Project Server were also revealed as coming for 2021 (though only available with a subscription licence).

The piece on a new Microsoft Office perpetual release was spotted by windowscentral.com, but details are skint. Pricing, name and specific release date were not revealed.

The brief announcement raises the question of how the new perpetual version will differ from Microsoft’s existing non-subscription version of Office, Office 2019, which is priced at $349 and includes Word, Excel, PowerPoint and Outlook and can be installed on one PC or one Mac.

Office 2019 notably excludes access to OneNote, Publisher, 1 TB of OneDrive storage and Access, and can’t be installed on multiple devices. Being a one-time purchase, Microsoft Office 2019 doesn’t have an upgrade option.

So will next year’s perpetual version simply be Office 2021? That, as well as how the apps contained within it will change and what features it will offer remains to be seen.