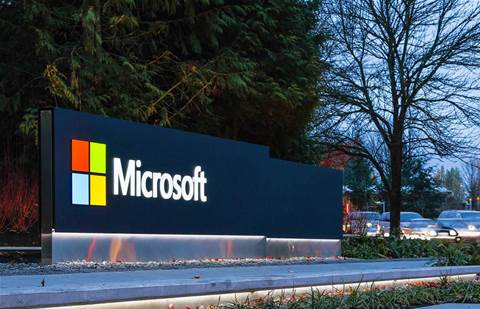 Following Microsoft last week officially endorsing the Australian proposal, which, in part, could mandate the requirement for Facebook and Google to negotiate payment for providing links to news websites, the executive wrote a lengthy blog post arguing that the proposed laws could be the intervention required to reverse the erosion of information and the news industry in the United States.

“Since 2000, newsroom revenue in the United States has fallen by 70 percent and employment has been cut in half. More than 2,000 newspapers have closed entirely. In many places, local news has been decimated,” Smith wrote.

Citing a Pew Research poll, Smith said in the absence of local news, about half of US adults were now regularly getting their news from social media, adding that many users scroll through headlines without clicking through to the source.

“News content generates significant indirect value for search and social media sites – as much as US$4.7 billion annually for Google, according to one recent study – even though people often do not click through to the original story,” Smith wrote.

“This means that news organisations go uncompensated even while all this traffic fuels platforms that have become profitable tech gatekeepers on which businesses must advertise to reach consumers.

“The cure will likely require multiple medicines. However, part of an innovative prescription has emerged from halfway around the world. In Australia, Prime Minister Scott Morrison has pushed forward with legislation two years in the making to redress the competitive imbalance between the tech sector and an independent press.

Smith said the proposed laws could redress the “economic imbalance” between tech and journalism.

Unsurprisingly, Google and Facebook have objected to the proposed legislation in its current state. In late January, Google said it would disable its search function in Australia if the government proceeded with a media code that would force it and Facebook to pay local media companies for sharing their content.

"The code's arbitration model with bias criteria presents unmanageable financial and operational risk for Google," Mel Silva, managing director for Australia and New Zealand, told a senate committee in January. "If this version of the code were to become law, it would give us no real choice but to stop making Google Search available in Australia."

Silva also wrote an open letter to Google’s Australian users explaining its opposition to the laws in more detail, including that the proposal fundamentally breaks the way Google works.

“Search engines (and the internet as a whole) are built on the ability to link someone to a website for free. You know how it goes. You search for a topic, and the results show up as a series of links and brief snippets of text, giving you an idea of your options before you decide whether to click through and spend your time (and potentially money) with that website or business,” Silva wrote.

“Most businesses welcome the fact that people can find them in search results—and if they don’t, they can choose not to be found. It takes a few clicks to opt out. That’s the way search engines have operated for over two decades. But the Code would throw this system out overnight, forcing Google to pay selected publishers for those links. Not for the article itself: just for the link that pops up in your results, and the brief description underneath it.”

Microsoft’s Bing service has less than 5 percent market share in Australia, but Smith said the organisation was confident it could build a search that served Australians well in the event of Google pulling out.

“Satya Nadella and I reached out to Prime Minister [Scott] Morrison. It was an opportunity to combine good business with a good cause and, as we explained, even if Google wanted to leave Australia, we would stay,” Smith wrote.

Smith also noted that up until the election, the US government had backed Facebook and Google’s objection to introducing such legislation, but in referencing the siege on the Capitol building that took place on January 6, he suggested the issue of rampant disinformation within the US required intervention that the government should strongly consider.

“The United States should not object to a creative Australian proposal that strengthens democracy by requiring tech companies to support a free press. It should copy it instead,” he concluded.