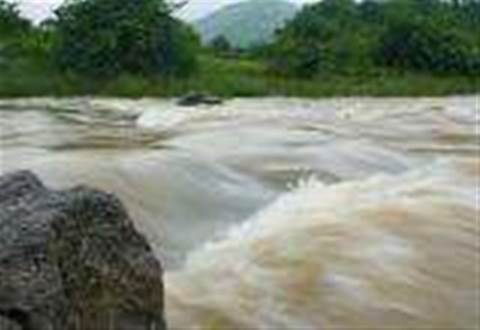 Microsoft is working on a new chat app, but at the moment we know more about what we DON'T know, than what we do. Know. Confused? Of course, it's Microsoft!

Not content with developing Skype for Business as its work communication tool, Microsoft is reportedly working on an Outlook-powered chat feature for iPhone called Flow.

Discovered by Twitter user h0x0d, the only details about Flow were temporarily available on a publicly accessible website. According to the short description, Flow is designed to offer “fast, fluid, natural conversation” and help you “focus on what's important”.

It's not clear at this point whether Flow will be delivered as an app in its own right, or as a feature within Outlook for iOS. The document refers to it as “Flow by Outlook for iPhone”, which suggests it's a feature, like the recently introduced Clutter. However, there's also a call to action that prompts users to “Download now”, which indicates it may be a separate app. What's also not known is whether Flow will be iOS-only, or launch on Android and Windows Phone at the same time.

What we do know, however, is that Flow is intended to make email a much more “chat-like” experience. But how will Flow be different from just sending emails? It seems to be in the way that everything's packaged up. Microsoft pitches it as having “no subject lines, salutations, or signatures” – designed for “light-weight conversations in real-time”.

As ZDNet points out, Flow sounds like the Outlook equivalent of Skype Qik – potentially making it Microsoft's take on WhatsApp. By eliminating much of the clutter of email conversations, and slimming things down to the template used by instant-messenger apps, Microsoft has given itself an “in” into an ever-growing market for chat.

If the description is an accurate reflection of Flow, it will have one distinct advantage over its competition. As it relies on email servers to send messages, the recipient won't need to be a Flow user: it could be anyone in the world with an email address. Because it's powered by email and accessible using any email client, all conversations are archived and easily searched if you need to drag up something from a few days ago.

Reminds of Google Wave a bit... oh sorry, we promised Google we wouldn't mention Wave. But we did. Twice.