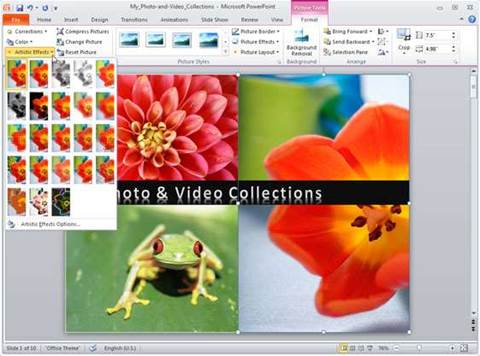 Vendor details editions for Office 2010 along with application virtualisation for testing.

Microsoft has made available a public beta of its forthcoming Office 2010 application suite, and shed more light on the editions (or SKUs) that will be available with the final release, still scheduled for the first half of 2010.

The firm has also introduced a new way for testers to try the beta without fear of affecting other software installed on their PC.

With the release of the public beta, Microsoft will be able to get its upcoming suite into the hands of a broader range of testers for the first time. A technical preview was made available to a restricted audience in July.

Jacob Jaffe, head of Microsoft's Information Worker Business Group, explained that the company had been testing Office 2010 internally, but that the public beta will "scale to millions of people and get to a broader range of users".

Microsoft also disclosed that Office 2010 will be available in just five SKUs: Home and Student, Home and Business, Professional, Standard and Professional Plus.

Standard and Professional Plus are the enterprise editions, available only to organisations with volume licensing agreements. Standard contains just Word, Excel, PowerPoint and Outlook, while Pro Plus additionally has Access, Publisher, InfoPath and Communicator.

A further SKU, Office 2010 Starter, will not be sold but will ship preinstalled on new PCs and replaces the ageing Microsoft Works, the company said.

Consumers will be able to use this edition at no charge, but it consists of just Word and Excel, both of which also have reduced functionality but can create and save documents and will be able to open files created in other editions of the suite.

Users will have the option of upgrading to a paid-for edition of Office by purchasing a licence key code to unlock the extra functionality, so there is no need to reinstall, according to Chris Adams, Office Client product manager for Microsoft UK.

Microsoft's pitch for Office 2010 (with marketing-speak)

Starter edition will also carry advertising, permanently displayed in the task pane of both applications. Adams said that Microsoft is "not looking to deliver third-party ads at the moment". Instead, the ads will be used to encourage users to upgrade to paid-for editions of Office, at least for the near future.

Also debuting in the beta is a new form of application delivery called Click-to-Run, which is based on Microsoft's application virtualisation technology.

With Click-to-Run, Office is streamed from Microsoft's download site to a user's computer in the background and is available to use in as little as 90 seconds, Microsoft claimed. Because it is virtualised, it will not affect other applications on the system, including older versions of Office.

"We believe this will be a great way for consumers or small businesses to experience the beta without impacting their current Office installation," he said.

In a move that will disappoint many consumers, the forthcoming browser-based versions of Microsoft's Office applications have not been opened up for general scrutiny as part of this beta.

However, the Office Web Applications are included in the SharePoint 2010 beta, also released today, which is how enterprise customers will have access to these applications.

The versions in the SharePoint beta now support view and edit capability across Word, Excel, PowerPoint and OneNote, according to Adams.

For now, the Web Applications delivered through Windows Live for consumers will continue to be available only as part of the Technical Preview.

I have read and accept the privacy policy and terms and conditions and by submitting my email address I agree to receive the Business IT newsletter and receive special offers on behalf of Business IT, nextmedia and its valued partners. We will not share your details with third parties.
Copyright ©v3.co.uk
Tags:
applications available beta editions microsoft office software
By Daniel Robinson
Nov 19 2009
9:35AM