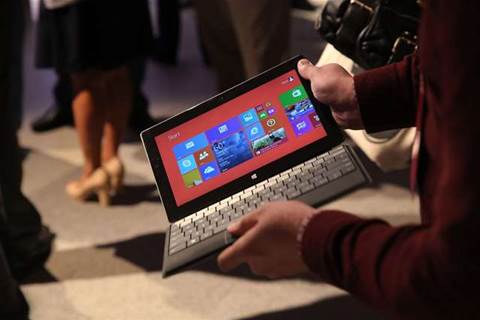 Microsoft describes the upgraded Surface 2 and Surface Pro 2 as the “most productive tablets on the planet”. So what is new?

Microsoft announced the new Surface 2 and Surface 2 Pro overnight in addition to a number of accessories for both tablets.

So when can you buy one and how much will it cost?
Both devices go on sale October 22nd with Microsoft taking online pre-orders via their online store starting from 10pm tonight.

The Surface 2 starts at $529 for the 32GB model and $639 for the 64GB variant. It’s also worth noting that Microsoft will continue to sell the original Surface RT for $349.

Surface 2 Pro pricing is as follows:

While the design of the Surface 2 and Surface 2 Pro remain the same, Microsoft has made an adjustment to the kickstand which now has a second level of incline, making it much easier to use the Surface on your lap. 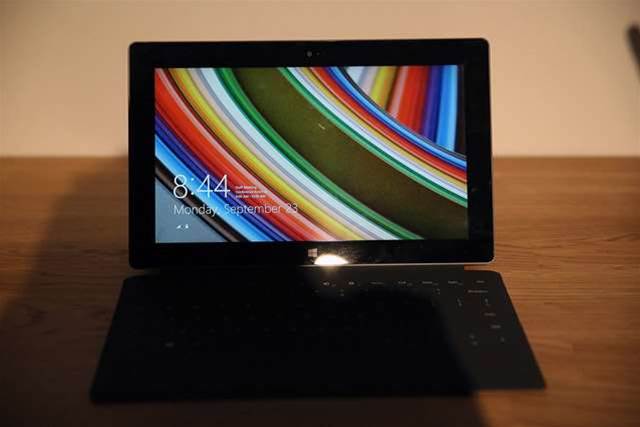 Surface 2, which replaces the original Surface RT, now comes with a much improved NVIDIA Tegra 4 1.7GHz quad-core processor which should mean a stutter free experience.

One of our biggest qualms with the original RT was the sluggish performance especially when multi-tasking between a number of applications. Microsoft demonstrated the performance improvements on stage by simultaneously running three apps side-by-side which included Outlook, a web browser and a Halo Spartan Assault game.

In addition to improving the performance, Microsoft have also managed to up the battery life from the original 8 hours to 10, making it in line with other flagship tablets such as Apple’s iPad.

Both front and rear facing cameras are improved over the original design as well with the tablet now featuring a 3.5MP front-facing lens and 5MP rear-facing camera, both of which are capable of shooting 1080p video.

The screen has also been upgraded to a full HD (1920x1080) display and uses the same screen as the one found on the Surface Pro 2. 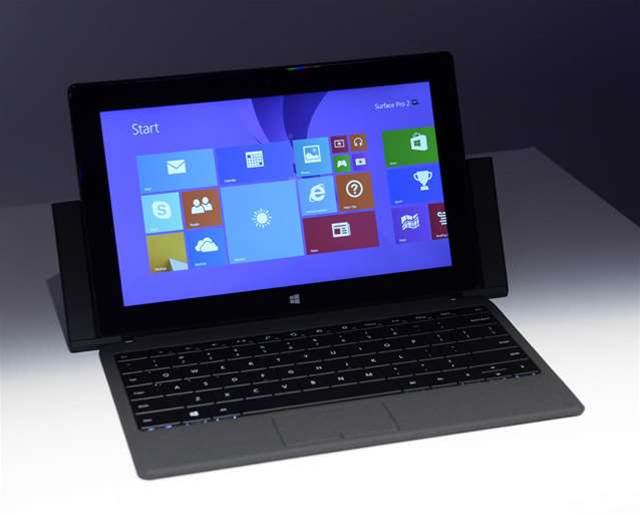 Speaking of the Surface Pro 2, the device now comes with Intel’s Haswell Core i5 processor for improved graphical and processing power. But the biggest improvement comes in the way of battery life which Microsoft claim runs 75 percent longer than the original Surface Pro.

Surface Pro 2 can also be configured with up to 512GB of storage and 8GB of RAM.

Microsoft also plans to release a docking station that will work with both the Surface 2 Pro and the original Pro in early 2014. The docking station adds additional USB ports, Ethernet, speakers and a power supply.

Microsoft is also throwing in 200GB of SkyDrive storage for two years to anyone who purchases the Surface 2 or Surface 2 Pro in addition to one year of unlimited free international calling to any landline in over 60 countries via Skype.

Oddly enough, Microsoft has again decided to leave out Office 2013 for Pro customers while Surface 2 customers will still be able to advantage of the productivity suite for free.

The Touch Cover 2 and Type Cover 2 are now 1mm thinner but more importantly both are now backlit.

Microsoft also announced a new Power Cover accessory for 2014, which is essentially a Surface keyboard with an integrated battery that Microsoft claims prolongs the battery life of the Surface Pro 2 by ‘two and half times’ than the original Pro.