Melbourne tech startups to pitch for a trip to Barcelona 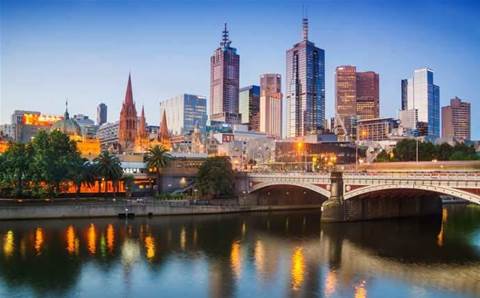 Startupbootcamp is gearing up for it first Australian startup event on October 3, with one local startup set to be flown to Barcelona to compete for a slot in its upcoming European internet of things (IoT) and data tech accelerator program.

During the event, 10 startups will have an opportunity to make a five-minute pitch to panel of experts, and also have some one-on-one mentoring sessions.

“As part of our launch into the Melbourne marketplace, we’re running a fast track where local companies pitch to a group of mentors and they’ll get a lot of feedback. The top company will be given the opportunity to go to Barcelona to pitch at their selection day,” Startupbootcamp Melbourne Program Director Richard Celm told BIT.

The winner will be flown to Barcelona, where they will be one of 20 companies pitching over three to four day selection period for one of 10 spots in Startupbootcamp’s global IoT and data tech accelerator program.

“The managing director Trevor Townsend will be going over with the team that’s selected from [Melbourne] and he’ll be providing a bit of coaching. Obviously, we can’t promise they’ll get selected but he’s keen to give the Melbourne startup every opportunity to get through the selection in Barcelona,” Celm said.

“Air fares will get paid for, and even if they don’t get through the process, they’ll get world-class mentoring over a three to four day selection period. So even if they’re not selected for the three-month program, they’ll get a lot of advice from European experts in the space.”

“[If they get selected] they’ll get a grant for €15,000 (A$21,909), they’ll get put up in Barcelona, and they’ll get to go on a three-month intensive program where they’ll work very, very hard to validate their product and make sure they’ve got the product-to-market fit right,” Celm said.

“[The grant] takes the cost of living off the table, so you can basically just focus on getting that product-to-market fit right over that three-month period [to] get to a point where they can pitch intelligently to a group of investors to get follow-on funding.”

The focus of the mentoring is around getting the product-to-market fit right, including cutting unnecessary features that are unlikely to attract additional users.

“A good startup might create or add features that don’t necessarily attract customers, and we’re really trying to help them limit that,” Celm said.

More big news coming over the next year

The fast track pitching event is the first in Australia for Startupbootcamp, which recently was awarded $600,000 in state government funding to establish a new IoT-focused workspace called Kydo at LaunchSpace coworking space in Richmond in November.

Beginning the second or third quarter of next year, it will also run an annual IoT and data tech accelerator program in Australia.

“Startupbootcamp is a global accelerator. It was started in Copenhagen in 2010 and now it’s spread out across 13 cities around the world including New York, Miami, London, Barcelona, Amsterdam, Singapore, and we’re bringing it to Melbourne in the IoT and data tech space,” Celm said.

“Startupbootcamp has an industry focus in each city. So fintech is run in London, Singapore and New York, and IoT and data tech is currently run in Barcelona, but we’re bringing that to Melbourne as well... But there needs to be a reason that city has the program.

“So London and New York, for example, are large financial hubs. In Melbourne, there’s a lot of research in healthtech, sportstech and a lot of gaming companies. Similarly, Barcelona has a strong mobile and data tech community already existing there.”

While there are a growing number of startup accelerator, incubator and commercialisation programs in Australia, Celm said the industry focus, global scale and longevity of Startupbootcamp are the big advantages of the program.

“We spend lots of time talking to each other – our mentors and networks – throughout the world in order to share and learn best practice, and pass it on through all the programs,” Celm said.

“Compared to the other programs in Australia, that’s probably our biggest advantage – that we play on a global scale and we learn global best practice.”