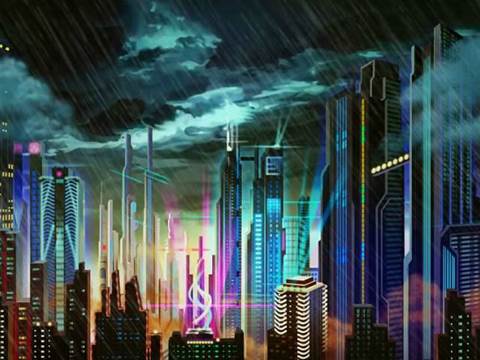 Have an idea for a transport or smart city-related app or online service? Here’s how to put yourself in the running for funding and prizes.

Mastercard is offering $20,000 in prizes at a hackathon event in Melbourne this weekend, with designers, developers and entrepreneurs given a weekend to develop apps and online services that can power the cities of the future.

The ITS 2016 Mastercard Smart Cities Hackathon will be held at the Melbourne Convention Centre in Southbank on October 8 and 9 ahead of the 23rd World Congress on Intelligent Transport Systems.

Over two days, teams will create a business idea and a demonstration app or online service using at least one Mastercard and one partner organisation API that solves one of the three smart cities related challenges.

Those challenges are green solutions that encourage the use of sustainable, eco-friendly methods of transport and payments; ‘demand management for transport services for passenger and freight; and ‘smart cities’ (helping cities like Melbourne make better use of the wealth of data available).

Mastercard vice president travel and transit development Doug Howe told BIT the event is a good forum for people with existing businesses, as well as people who might be looking to create a startup and have a good idea for a transport-related app or service.

“Absolutely anyone can join in. You can register through the website, and you can register as a developer, designer and entrepreneur. We want to get both techies, business-minded people and people with ideas they want to take towards a commercially viable product,” he said.

“Each one of the partners have been active in ITS for some time, and they each have data sets or APIs, most of them are openly available at the moment. And they’re becoming more and more comfortable in sharing data, particularly as most of them are government organisations.

“[The solutions] might be something like coming up with a bike sharing scheme and paying for that bike sharing, or creating an event planner that shows you how to access a particular event or dining experience using various cycle lanes.”

Howe said the teams will continue to own all of the original intellectual property they create at the event.

“Mastercard is obviously very interested in helping them to make a success, and we have a right of first refusal for any investments, but that’s not mandatory – but if they want to make this a viable business, we’d like to be considered as a potential investor.

What happens on the day

The event kicks off at 10 AM on Saturday, with participants will be grouped into teams that include at least one developer, one designer and one entrepreneur. After a series of presentations on the APIs, the teams will begin working on their ideas.

“They’ll get a few different breakouts where the partners and Mastercard will give them a bit more depth on some of the data, APIs and use cases they’ll be able to use, and they’ll be innovating through the afternoon and evening. Through the night for some, I’m sure,” Howe said.

After the deadline on 1PM on Sunday, the teams will give a two-minute pitch presenting their ideas. The judges will then deliberate and choose four winners – one for each of the categories and an ultimate Grand Prize Winner.

Each of the category winning teams will take home $3000 with a Fitbit watch for each member, while the overall winner will get $10,000, six months of incubation and mentoring to help commercialise the idea and a Fitbit for each team member.

“We’ll host [the winning team] in our Melbourne office and giving them face-to-face sessions, and then we’ll give them some virtual mentoring and access to people across the world who can help their business, team or idea. We’ll tailor it so it meets the assistance they require,” Howe said.

“We’ll run some workshops with our global specialists and Mastercard Labs teams to help them develop the product into something that has a product plan and can be sustainable as a commercially viable product.”