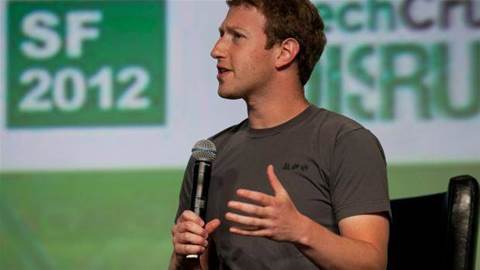 The Facebook founder has published a manifesto that reveals how the social network will evolve.

Facebook CEO Mark Zuckerberg has written a mammoth manifesto, addressing Facebook’s relationship with its community and with society in general, as well as detailing new tools and features that will be rolled out to the platform.

While not addressing any of 2016’s political events directly, the post can be read as a response to increasing social divisions and the polarisation of opinion brought on by the likes of President Donald Trump and Brexit.

“We may not have the power to create the world we want immediately, but we can all start working on the long term today. In times like these, the most important thing we at Facebook can do is develop the social infrastructure to give people the power to build a global community that works for all of us.”

The post, which is more than 5,500 words long, outlines how Zuckerberg believes Facebook is helping people to build five different types of communities: supportive, safe, informed, inclusive and civically-engaged.

Groups are a strong area of focus for Facebook; Zuckerberg emphasised the important role that social groups play in our mental health and happiness. While membership of local physical groups has been in decline, however, online groups continue to thrive, and Zuckerberg pointed out that these communities can help to reinvigorate real-life connections.

He pointed to examples like a military family members group in San Diego, or a group for refugees in Berlin, as illustrations of this in action, and promised new tools for group admins which will enable them to run these groups more like Facebook’s Pages. Groups will also be expanded to support smaller sub-groups within them, such as class or year groups within a wider school community.

Safety was on the agenda too, and Zuckerberg talked about Facebook’s role in crisis response through tools like Safety Check – which has recently been updated to let people offer food, shelter and other essentials to those in need. Tools like this will be receiving more investment in the future, he said, adding that “over time, our community should be able to help during wars and ongoing issues that are not limited to a single event.

Artificial intelligence will also play a key role in the future of Facebook’s platform, and the company wants to use AI and machine learning to help with the notoriously difficult task of moderation. By using AI, Zuckerberg hopes to automate the process of detecting, reporting and removing content like suicides, harassment and terrorist propaganda.

Unsurprisingly, the concept of ‘fake news’ was one that Zuckerberg directly addressed. Experts claim that deliberately misleading or outright false stories played a part in both the Brexit referendum and in the 2016 election, and Facebook has been blamed for allowing them to spread far and wide. The founder said that he took the issue “very seriously”, and is working on fixing it.

“We've made progress fighting hoaxes the way we fight spam, but we have more work to do,” he said. “We are proceeding carefully because there is not always a clear line between hoaxes, satire and opinion. In a free society, it's important that people have the power to share their opinion, even if others think they're wrong.”

Rather than cracking down on blatantly false articles and banning disreputable sources, however, the company’s efforts will focus more on “surfacing additional perspectives and information”, showing users a broad spectrum of opinions and beliefs rather than one or two sources.

What is more concerning than fake news, the CEO said, was the increasing polarisation and sensationalism present on social media: “If this continues and we lose common understanding, then even if we eliminated all misinformation, people would just emphasize different sets of facts to fit their polarized opinions.”

In order to fight this, Facebook will start using analytics to identify ‘sensationalist’ content by examining whether people were more likely to share a piece of content before or after reading it. The company has also pledged to support the news media, despite contributing heavily to the industry’s decline in advertising revenues.

Facebook is not taking its responsibilities as a platform for political engagement lightly, either. Zuckerberg made a point of boasting about his company’s role in helping people register to vote, adding “this was among the largest voter turnout efforts in history, and larger than those of both major parties combined”.

He also mentioned how various countries are using Facebook to directly engage with their politicians about local community matters, and pointed out that the women’s march last month, which started in Washington DC, was organised primarily through Facebook, before becoming a global phenomenon.

One of the issues he touched on was related to Facebook’s Community Standards, which were notably criticised last year for mistakenly removing content like Black Lives Matter protests and the famous Terror of War photo from Vietnam.

In order to avoid incidents like this in the future, the community guidelines are going to be much more weighted towards the individual sensibilities of particular regions in future, acknowledging cultural differences and ensuring that historically important content is not unfairly punished.

People will also be asked to set their own standards for what kind of content they deem to be objectionable, with each user slowly building up a personal profile of what content they do and do not want to be shown.

“The idea is to give everyone in the community options for how they would like to set the content policy for themselves. Where is your line on nudity? On violence? On graphic content? On profanity? What you decide will be your personal settings.”

“We will periodically ask you these questions to increase participation and so you don't need to dig around to find them. For those who don't make a decision, the default will be whatever the majority of people in your region selected, like a referendum.”

In closing his message, Zuckerberg compared Facebook to the formation of social forces like the press and the government.

“History has had many moments like today,” he wrote. “As we've made our great leaps from tribes to cities to nations, we have always had to build social infrastructure like communities, media and governments for us to thrive and reach the next level.”

“At each step we learned how to come together to solve our challenges and accomplish greater things than we could alone. We have done it before and we will do it again.”