Make it easier to run a small business, says Minister 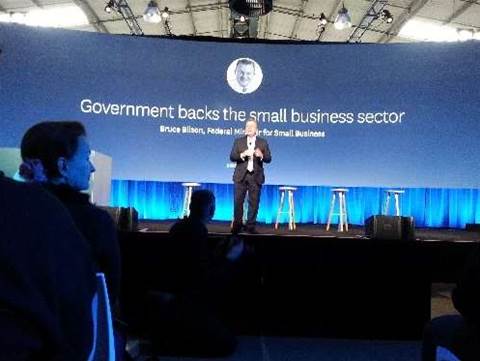 You know the line: small business has the potential to become the engine room of the Australian economy, picking up the slack from the end of the resources development boom. Bruce Bilson, Federal Minister for Small Business, said as much at XeroCon last week.

He also said that if small business is to fulfil its destiny as an economic powerhouse, the government needs to get the entrepreneurial ecosystem right.

Bilson pointed to the government's efforts to reduce compliance costs, saying that the previous $65 billion had already been reduced by $2.5 billion and work was continuing in this area.

Compliance costs fall disproportionately on small businesses, he said, and are six times higher on businesses with revenues below $1 million than on those bringing in between $5 million and $10 million.

"We've got regulations, and we've got a lot of them," Bilson said, so he is trying to determine how they are affecting small businesses, and to that end included a small local accountant on the review panel.

One party's compliance costs are another party's protection: small businesses are concerned about the behaviour of big players in oligopoly or duopoly situations, and regulation is often seen as an answer. As Bilson said, "Regulation has a place, but don't overreach."

Even when government programs are intended to help small businesses, that's not always how they pan out. He pointed to export support schemes that are so complex that only large enterprises are able to benefit from them.

Understandably, Bilson sung the praises of the 2015 budget measures aimed at small businesses, saying it was the biggest package of its type ever delivered.

He drew attention to the 5 percent tax discount for unincorporated small businesses, the $20,000 immediate write-off provision, the ability to immediately expense the cost of professional advice for company formation, and changes to the taxation of employee share schemes.

"This is all about encouraging enterprise," said Bilson, pointing out that a record number of companies (280,000) were formed last year, mostly by women.

"I'm trying to get the toolkit right," he concluded.