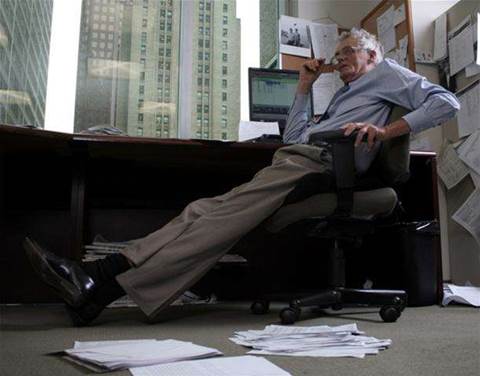 More than half of Australian small businesses would vote for the party which promised to "significantly simplify" BAS/GST reporting, a survey had found.

67% of Australian small businesses said simplified BAS/GST reporting would sway their vote, according to a survery of more than 1,000 businesses by MYOB.

The survery, called the MYOB Business Monitor, presented 16 policies and initiatives, asking participants which would get their vote in this year's federal election.

Simplifying GST/BAS reporting was the most popular.

The Labor party has announced a plan to move to yearly reporting for businesses with turnovers of no more than $20 million.
Newsletter Signup

I have read and accept the privacy policy and terms and conditions and by submitting my email address I agree to receive the Business IT newsletter and receive special offers on behalf of Business IT, nextmedia and its valued partners. We will not share your details with third parties.
At the other end of the list, only 31% favour making the ATO responsible for distribution of staff superannuation and maternity leave payments, and a mere 19% want the introduction of a paid parental leave levy for all businesses.
We note that neither party intends to fund their maternity leave plans that way, though. The Labor plan would be funded from general revenue, while the Liberals have announced a 1.5% levy on businesses making more than $5 million a year, offset by a 1.5% cut in company tax. That reduces franking credits, which may be bad news for those who take some of the profit from their incorporated businesses in the form of dividends.
The survey found 50% thought a Liberal government would do a better job of supporting businesses like theirs.
Just over a quarter of respondents said they did not trust any party to appropriately manage the economy.
Copyright © BIT (Business IT). All rights reserved.
Tags:
bas gst myob small business
By Daniel James
Aug 29 2013
11:26AM