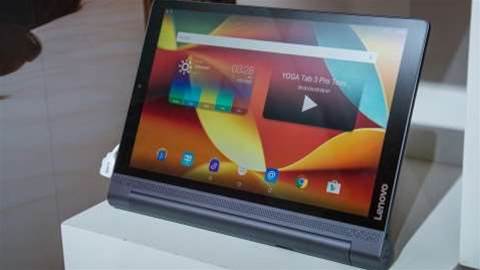 In amongst the fuss over the new Motorola Moto 360 2nd gen smartwatch, you might have missed the fact that Lenovo launched a huge range of other new products at IFA. Among these, the firm unveiled a revamp of its entire range of Yoga range of tablets, and of these the Lenovo Yoga Tab 3 Pro stands out as the most eye-catching.

It's a reworking of the crazy projector tablet idea that debuted with the Lenovo Yoga Tab 2 Pro, except with a few key refinements. The first of these is the output power of the DLP projector unit. The Yoga Tab Pro 3, so Lenovo claims, is capable of projecting a 1080p image measuring 70in across the diagonal, where the Tab Pro 2 could only manage 50in. 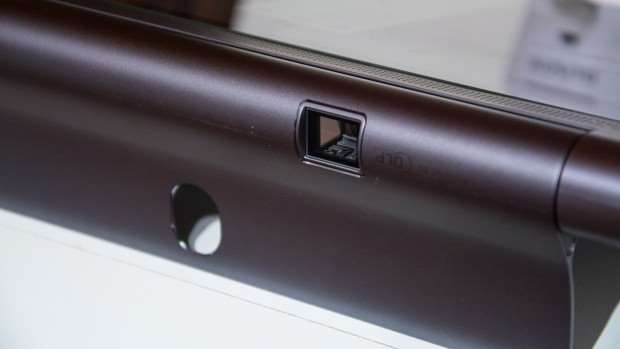 The second is a change in the positioning of the projector unit itself. Where the Yoga Tab 2 Pro's projector pointed sideways out of the end of the tablet's cylindrical spine, the Tab 3 Pro's is mounted in the centre of the spine.

It's a far more sensible position and means - since the spine rotates as part of the tablet's built-in kickstand - you can adjust the position of the projector's positioning up and down, or even point it at the ceiling by folding the stand all the way out and lying the tablet flat on its back.

Why would you want to do such a thing? Despite the "Pro" moniker, Lenovo doesn't see customers using it for presentations; instead its tagline for the tablet is: the “Ultimate video tablet, optimised for Netflix”. So, if your idea of heaven is streaming movies in your hotel room while on holiday or business trips, this might well be your bag, baby.

The key question here surrounds the quality of the projector itself, and on this front I'm not entirely convinced. At the Lenovo booth at the IFA 2015 technology show, the tablet was housed in a darkened alcove, the better for viewing the effects of the projector. Even then, though, the image looked a little soft and lacked intensity - and I spent some time fiddling with the software-driven focus app to get the picture as sharp as possible. 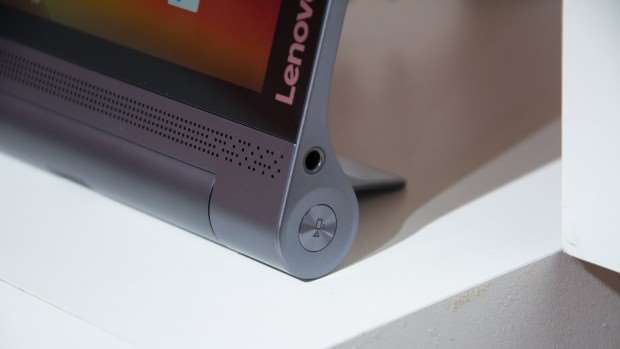 Still, there aren't too many other products that would let you watch movies on a 70in screen while lying flat on your back, and perhaps most importantly the rest of the tablet looks decent enough. It has a 10in screen this time, making the Lenovo Yoga Tab 3 Pro more lightweight and portable than its predecessor, which had a larger 13in display.

The quad-HD resolution (2,560 x 1,600) of that display ensures a crisp and sharp image, delivering a pixel density of 299ppi, and colour quality - at first glance - looks great, with saturated colours contrasting with deep, dark black. 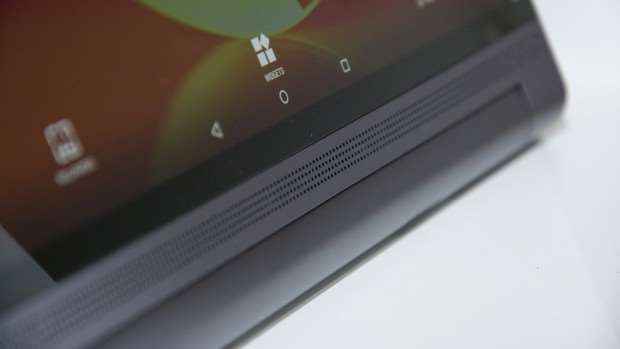 As before, just below the screen sit an array of JBL-branded stereo speakers, which can produce a “virtualised Dolby Atmos experience” and there's support for Dolby Digital Plus as well. Despite the buzzwords, however, I doubt the sound quality is going to be significantly better quality than most other consumer tablets. As ever, on the noisy show floor, it was impossible to tell how good they were.

On the rear of the tablet, a faux leather finish lends the tablet a surprisingly sophisticated look and feel, and along one of the Yoga Tab 3 Pro's long edges is the Yoga range's trademark rotating stand.

Wrapped around a slender, cylindrical spine, this unlatches from the rear at the click of a button and rotates stiffly outwards, allowing the tablet to be propped up at a range of different angles - for easy typing, for instance, or more comfortable movie watching. 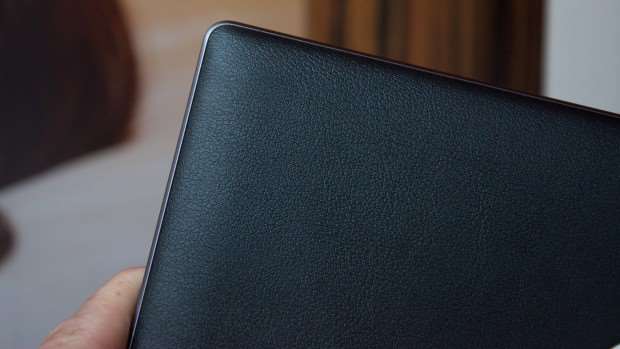 And the cylindrical spine has a third purpose beyond housing the projector and hinge mechanism: it houses the tablet's enormous 10,200mAh battery, which Lenovo says will deliver battery life of up to 18 hours continuous use, a step up from the Yoga Tab 2 Pro's 15-hour rating.

The final specification of note is a powerful, 2.2GHz quad-core Intel Atom x5-Z8500 chip. At the stand, even with that quad-HD screen in place, the tablet felt lightning-quick and highly responsive. There's also 2GB of RAM, 32GB storage with microSD expansion, plus 13-megapixel rear and 5-megapixel front cameras. 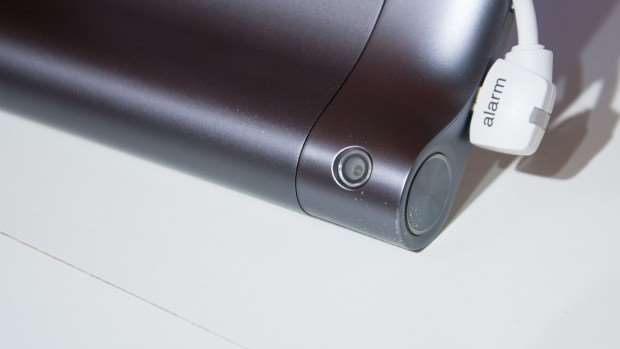 The Lenovo Yoga Tab 3 Pro represents a bold move on Lenovo's part. In a world that's becoming increasingly disinterested in me-too, commoditised tablets, this product has a strong identity.

It's a slightly quirky one, true, but nonetheless the Tab 3 Pro stands out from the crowd, packs in the features, and at $699 for the Wi-Fi version it's not TOO over the top, price-wise.

The Lenovo Yoga Tab 3 Pro will go on sale in November.

I have read and accept the privacy policy and terms and conditions and by submitting my email address I agree to receive the Business IT newsletter and receive special offers on behalf of Business IT, nextmedia and its valued partners. We will not share your details with third parties.
Copyright © Alphr, Dennis Publishing
Tags:
hardware
By a Staff Writer
Sep 7 2015
1:43PM