Krishan Sharma: This is the technology I found most useful in 2013 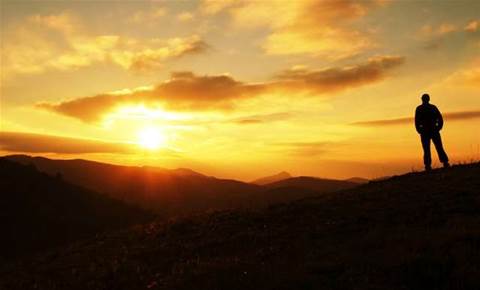 There are two pieces of technology that Krishan found particularly useful in 2013 and they both relate to storage. Click to see what they are.

The Found app: why it's useful
First up is this app called Found which allows you to search for any files or attachments stored in Google Drive, Gmail, Dropbox, SkyDrive, Evernote or your computer's hard drive.
Newsletter Signup

I have read and accept the privacy policy and terms and conditions and by submitting my email address I agree to receive the Business IT newsletter and receive special offers on behalf of Business IT, nextmedia and its valued partners. We will not share your details with third parties.
Over the last couple of years, I've amassed a large number of files on a number of different cloud services. It's a problem that most people run into - you signup to a number of cloud storage services and before you know it you have files strewn across three or four different sites.
Dropbox was the first one I started using a couple of years back. Then I purchased an iPad and so iCloud became the one I used whenever I worked on my tablet and Macbook Pro. Last year, I started using the Samsung Galaxy Note 2 and as a result, I was pushed on to Google Drive for documents and I used Dropbox for photos and video. SkyDrive is designed to work with Office 2013 and Windows 8 computers, so I became reliant on that when I was using my Windows computer. I use Gmail for email and so searching for file attachments became a regular habit.
Finding files quickly became a nightmare.
Then I came across Found. It's one simple interface that you bring up by double tapping the control key, then you put in your search term.
What's impressive is that the speed at which it brings up results (results appear as you type) and I also like the fact that you don't need to know the exact name of the file. You can put in partial terms or even just the file format such as "PDF" or "DOC". Another thing I like about it is that it has a useful built-in preview - handy when you have multiple versions of the same file and you're not sure which is which. You can also drag and drop the search results/files directly into an email attachment or to your desktop.
The only drawback is it is only available for Mac at the moment and it won't index files stored on your NAS. A Windows version is on the way according to their website, and apps for iOS and Android are also in the works.
Why I find my Synology NAS so useful
Another piece of tech that I have come to rely on almost daily is my Synology NAS.
The company regularly releases new software updates that give you more contorl over how you can retrieve and backup data to and from your NAS.
For example, they made a whole heap of updates to "CloudStation" this year - which allows you to use your NAS as a cloud service that automatically syncs and lets you upload files from anywhere and from any smartphone, tablet, Mac or Windows computer.
The benefit of using your NAS as a cloud service is that you can have a lot of cloud storage this way.
Of course, you are limited by the upload speeds of your home internet connection whenever you access files from outside your home network, but I don't run into issues with this unless I am streaming large (5GB plus) video files directly from my NAS while I'm out and about.
Synology also updated their DS Photo apps for smartphones and tablets which can automatically back up photos and videos taken on those devices to your NAS. It keeps it all in sync so you will never end up with duplicate files. I have come to rely on this feature as I tend to switch between different models of smartphones and tablets regularly.
Copyright © BIT (Business IT). All rights reserved.
Tags:
2013 backup found nas storage synology
By Krishan Sharma
Nov 28 2013
11:02AM