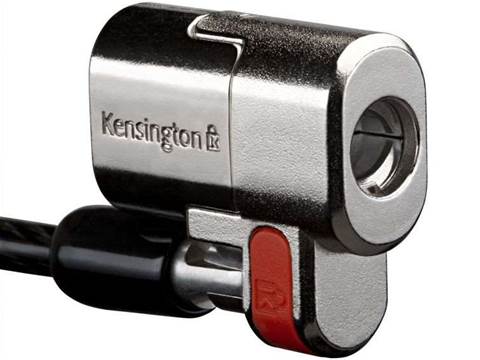 Companies spend only 12% of IT security budgets on physical protection, and even the safeguards in place are rarely used, according to security accessories company Kensington.

The lock-making company recently commissioned a report looking into security measures designed to stop laptop theft and came to the frank conclusion that they were often left at home or in laptop cases.

According to Hoare, although half of companies issue locks for their staff to use when on the road or in the office, only 40% of those locks are actually used, with end users complaining that existing locks were too fiddly.

This despite the fact that nine out of ten companies interviewed in the research - conducted by IDC - had suffered laptop theft “on epidemic levels” in the last year.

Organisations lost, on average, 11 laptops a year, and 58% of thefts took place in the office.

The figures came out to coincide with the launch of a Kensington lock that the company says is easier to deploy and should improve compliance with company security policies.

The ClickSafe system involves a swivelling anchor unit that users attach semi-permanently to the Kensington slot found on most laptops.

The 5mm-thick security loop cable then clips directly into the anchor unit, streamlining what Kensington admitted was previously a fiddly five-step locking process.

However, a key is required to unlock the cable from the anchor point, so beware snapping the lock into place at, say, an airport before checking you have the means to unlock your laptop.