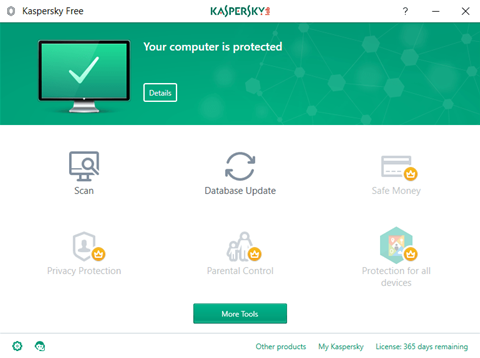 Windows users have another free security tool to choose from.

Originally launched in 2016 in Sweden and a few other countries, Free Antivirus is being rolled out elsewhere this year – including Australia right now. It adds to the several other free antivirus tools available.

What’s included in Free Antivirus? Effectively all the basic protection against malicious software, threats from social media, anti-phishing tools and even an on-screen keyboard to stop key loggers from recording your input when you login to your online bank account.

What’s missing? Quite a bit. There’s no firewall (but do you really need another firewall?), no parental controls, no network monitoring, no software cleansing module, no privacy protection and no safe money module. You’d receive all of these features in the commercial Kaspersky Internet Security which is available as an upgrade from within Free Antivirus.

Is it effective? Kaspersky says it uses the same anti-malware engine as the commercial suite, which means it’s very effective indeed, according to our most recent comparison.  We also found Free Antivirus to be relatively lightweight on resources.

Kaspersky Free Antivirus is available as a free download for Windows XP or later.

This news story is based on an article that originally appeared at softwarecrew.co.uk.