It's 'not perfect', but the iPhone 4 is about to arrive in Australia 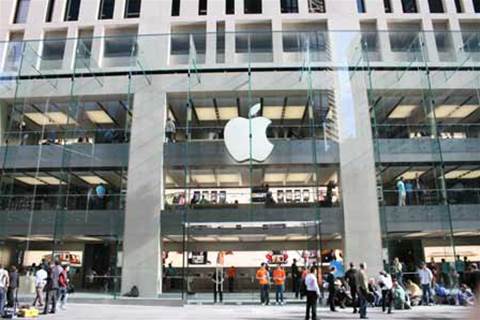 Will free "Bumpers" be enough to convince Australians to jump on the iPhone 4 bandwagon? We'll know soon enough, with Apple's new baby going on sale on July 30.

Australians huddled in the freezing cold in the middle of the night to be among the first in the country to buy the first iPhone when it finally officially went on sale here in 2008.

Will the same happen this time round? We won't have long to wait, with Apple in the US announcing a July 30 release date for the iPhone 4 in Australia.

To say it's been a rough ride for the debut of Apple's new wonder-phone is putting it lightly. With this morning's announcement of a free case for iPhone buyers, criticisms thrown by Steve Jobs at rival phones, and even a video face-off by Apple involving Blackberry, HTC and Samsung, the phone has been tainted by controversy.

At the time of writing, details like the availability of free Bumpers, and local pricing, were yet to be confirmed by Apple's Australian PR. In the US, purchasers get free cases up till September 30 - though what happens after this date is unclear.

As our story notes, Jobs has argued that while the iPhone 4 drops more calls than previous models, he claims complaints about reception issues have been blown out of proportion.

Still, unlike the iPad, which copped plenty of head-scratching from critics over the feature-set, but mostly positive reviews, questions over the iPhone 4's design and performance issues are likely causing serious headaches for Apple's PR department. Whether we see queues in the street this time round remains to be seen.