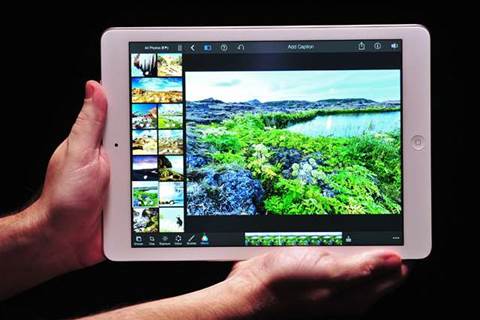 If you are deciding between the two new iPads, the larger iPad Air on Telstra is $5 more expensive per month at the most.

The entry price for jumping on the new iPad Air bandwagon will be $51 per month with Telstra - that's the cheapest of the new iPad plans revealed today by Telstra.

The most expensive iPad Air? For that you'll pay $117 per month, which gets you the iPad Air with the most storage (128GB) and 15GB of data per month.

Don't think you'll be saving a huge amount by going for the smaller iPad mini with Retina display. It's at most $5 cheaper per month compared to the larger iPad, depending on which model you choose.

Below we have two tables showing the cost of the plans for the new iPads, on Telstra.

For the larger iPad Air, Telstra will charge per month:

For the smaller iPad mini, Telstra will charge per month:

With monthly costs not hugely different, the decision really comes down to what you're going to use the device for. We prefer using tablets either at home or at work, relying on our phone when we're out and about. For that reason, we'd pick the larger iPad Air.

Click here for a 60-second summary of the difference between the new iPad Air and mini.

Telstra's plans for the new iPads are more expensive than what Optus is charging for the previous iPad models, but the difference isn't huge. Optus' cheapest plan for the "old" iPad, for example, is $48 for 1GB of data. We expect Optus and Vodafone to announce their prices for the new iPads this week.