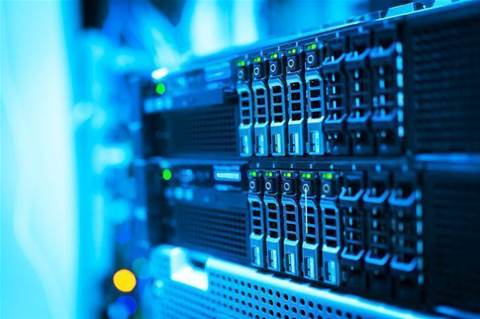 Smaller businesses will contribute a quarter of the US$2.4 trillion spending on IT in 2017, according to IDC.

Worldwide spending on IT products and services is predicted to reach almost US$2.4 trillion in 2017, a quarter of which is coming from “smaller office-based businesses”.

The latest forecast has come courtesy of research firm IDC, which suggests this year's global spending will grow 3.5% over 2016 figures and exceed US$2.65 trillion by 2020. The surge represents a compound annual growth rate (CAGR) of 3.3% over the 2015-2020 period.

Almost 30% of the spending will come from financial services such as insurance and investment, and manufacturing as companies push forward with digital transformation efforts.

Professional services and healthcare are also predicted to be some of the largest buyers of IT products by 2018, and are likely to overtake manufacturing in terms of overall spend, according to the research. 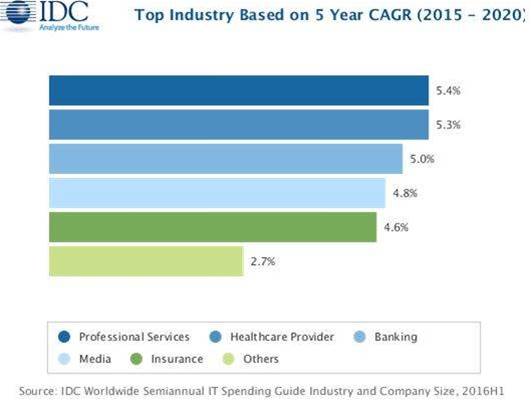 By region, the US will generate more than 40% of all IT revenues by the end of the five-year period, spending $920 billion this year and hit the $1 trillion mark by 2020. Latin America and the Asia/Pacific countries are forecast to be the fastest growing regions, exceeding 5% CAGR.

"Consumer spending on mobile devices and PCs continues to drag on the overall IT industry, but enterprise and public sector spending has shown signs of improvement," said Stephen Minton, VP of Customer Insights and Analysis at IDC. "Strong pockets of growth have emerged, such as investments by financial services firms and utilities in data analytics software, or IT services spending by telcos and banks."

Software is also predicted to outpace hardware spending by 2018, as more companies move towards the cloud through digital transformations and abandon traditional legacy systems.

Over 45% of the total expenditure is to come from large businesses of more than 1,000 employees, while smaller office-based businesses are set to contribute a further 25%.

"Changing SMB attitudes regarding the importance of technology investment cut across company size and region categories," said Raymond Boggs, program VP at SMB Research. "Small and mid-size firms in developing geographies are just as interested in leveraging technology as those in developed regions. This sets the stage for spending growth everywhere, especially in mid-size firms."

Some technology markets are set to grow this year as a result, including the struggling tablet industry. Despite its relatively poor performance recently, a recent double-digit surge in commercial spending has led to a return to growth for tablet devices. Notebooks and Chromebooks are also expected to find their largest buyers among the education sector.