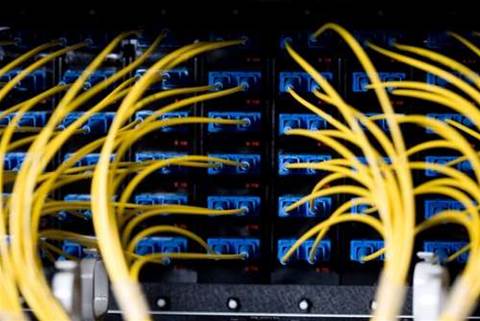 He pointed to TPG's $60-a-month plan that included 500 GB of data a month and line rental, making it cheaper than Telstra's $89.95 200 GB offer, which excluded line rental fees.

"It is nice to see the incumbent finally realising that it needs to get a move on," he said.

Meanwhile, Internode managing director Simon Hackett said it took BigPond "more than a decade of charging like wounded bulls before they finally started to take rational pricing half seriously".

"It's because of people like us that they've reacted, late and last - else they absolutely would not have done so," Hackett said in a post to Whirlpool.

"We're one of the reasons the pricing has changed at BigPond at all, and maybe that's worth showing your appreciation for by hanging out for a few months.

"Given that huge period through which Internode has saved you a huge amount of money while also providing a better service, it'd be civilised for you to cut us at least a few months worth of slack in terms of your continued choice of ISP (after all, you've probably saved well more than enough money with us so far to more than make up for the short term difference)."

But he added: "We definitely don't blame anyone in the meantime for making whatever choice suits their needs the best."

Telstra's new BigPond prices have undercut a number of ISPs that resell internet services on Telstra ADSL infrastructure, in some cases substantially.

According to the Competitive Carriers Coalition (CCC), at least three ISPs had lodged complaints with the Australian Competition and Consumer Commission (ACCC) over the past month.

The complaints alleged that Telstra was "exploiting its market power to illegally undercut competitors' pricing" and sought regulatory intervention to reduce Telstra's wholesale prices in line with cuts at the retail level.

A spokesman for the coalition squared part of the blame on the stalling of Competition and Consumer Safeguards legislation in the Senate.

"The Senate has a lot to answer for with regard to the failure to pass these crucial reforms, leaving competitors and consumers exposed to continued exploitation of market power by Telstra," the spokesman said.

"However, in the absence of a long term solution, it is incumbent on the ACCC to step in and use its powers under Part XIB of the Trade Practices Act to protect competition."