Is your business on this Top Ten list for the Sydney Business Awards? 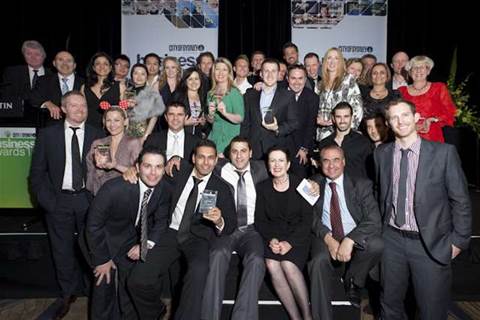 Voting ends today. Check to see if you’re in the running for the 2012 City of Sydney Business Awards finals.

If you haven’t seen the Top Ten lists for the Sydney businesses getting the most votes in the 2012 City of Sydney Business Awards, take a look here.

Voting ends at 6pm today, and the Awards Top Ten Tracker lists the top ten “vote-getters” in each category. It makes for interesting reading - even if you’re not in Sydney, it’s a useful way of identifying businesses you could learn a thing or two from.

There are 22 categories on the site: the categories are heavy on things like bars, clubs restaurants, though there’s a catch-all “general” retail category, plus categories for cultural businesses and IT.

What impressed us about the awards when we first looked at them, is that winning doesn’t just involve sticking your name on a nomination form. The finalist questionnaire should take no more than eight hours to complete, we’ve read, and there’s also the possibility of being visited by a mystery shopper. It’s good to know that there’s something we can learn from the winner - although as we pointed out earlier, to be a finalist it’s just a matter of having the most votes from the general public. It’s no surprise to have seen a lot of people on Twitter encouraging votes for their favourite business.

To be eligible, your business must have less than 200 employees and have been in operation for six continuous month and be owned independently. National chain outlets aren’t eligible, thought independently owned franchises are.

As well as the publicity, there are several major prizes, such as a $6,000 credit to your electricity bill, $10,000 for business planning, and a five-day business trip to China, Hong Kong Vietnam or Indonesia.