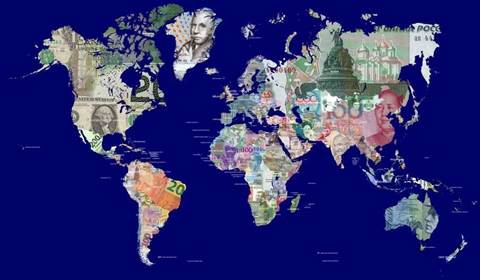 Most Australian businesses only operate domestically, but the majority of those that trade overseas use cloud applications, according to a new survey.

Before you ask, businesses with fewer than 20 employees were represented in the survey's respondents.

In that light, it shouldn't be surprising that 19 percent Australian companies regard globalisation as a threat.

"The last few years have seen a concerted effort by the Australian government to encourage international expansion, including the creation of several Free Trade Agreements, so it's surprising to see that Australian businesses are not responding to this opportunity more enthusiastically. With other markets in Asia pursuing globalisation aggressively, Australia is in danger of falling behind," said Frost & Sullivan ANZ managing director Mark Dougan.

"Australian businesses need to look beyond the obvious barriers of distance and complexity, and find enabling technologies like cloud which will enable them to start taking advantage of the possibilities that internationalisation offers."

The survey indicated a relationship between internationalisation and cloud use.

Seventy percent of organisations that currently use cloud-based business management software (such as NetSuite) are internationalised, compared to only 22 percent of non-cloud users.

Additionally, 71 percent of cloud users have entered new geographic markets in the past five years, compared to only 31 percent of non-cloud users.